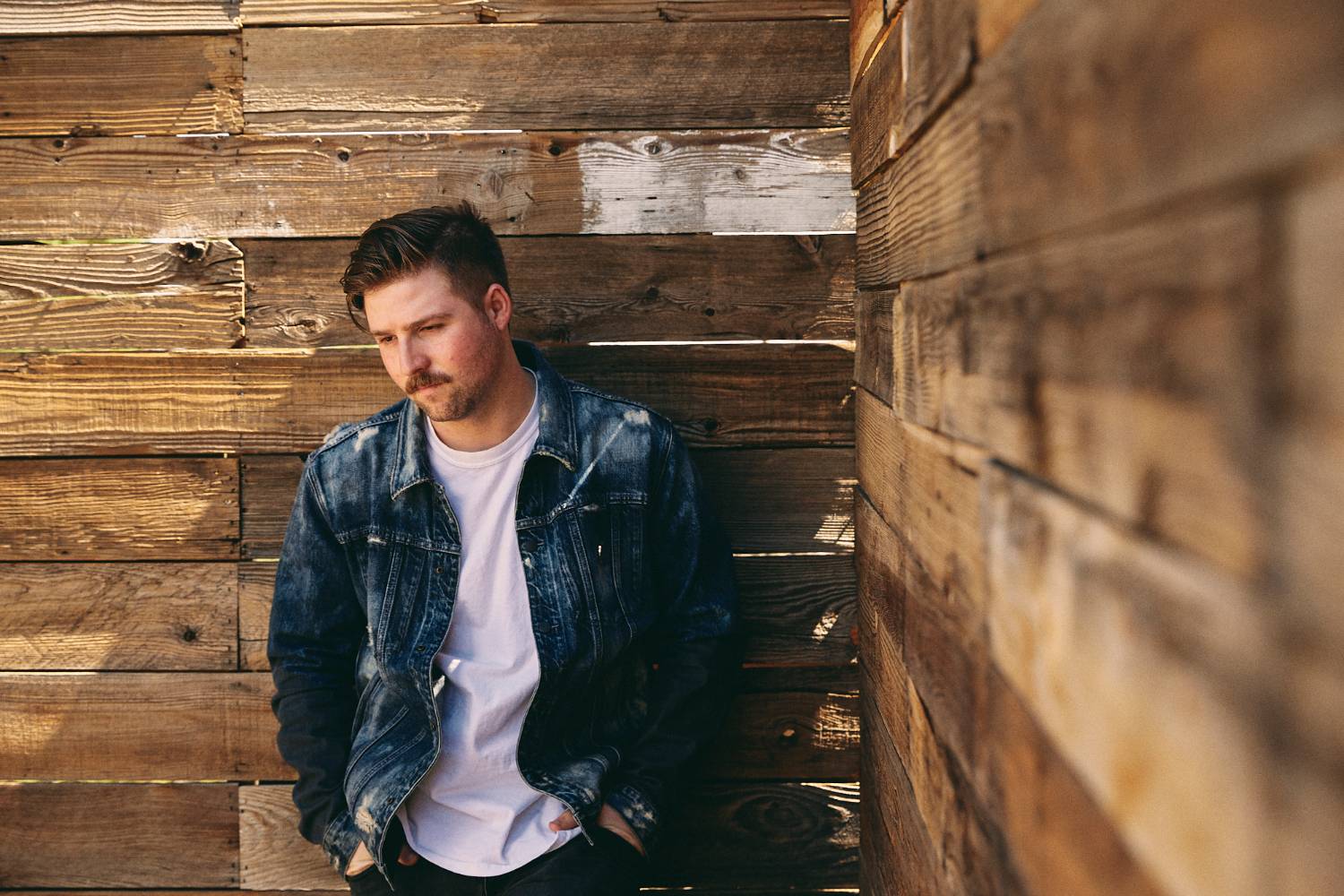 Stereo Six: CORY WELLS Lists the Records that Helped Shape His Debut Full-Length ‘The Way We Are’

We’d be honoured to take this time to introduce you to singer/songwriter Cory Wells who is set to release his debut full-length record The Way We Are, on November 15th via Pure Noise Records (pre-save/order now, via Apple Music or Spotify). The album is defined by the unanticipated, by which we mean that just when you think you have Wells figured out musically, he hits you with something unexpected. Take the songs “Walk Away” and “Cement” as examples. During “Walk Away,” Wells drops with a rabid scream and then, later in the song, breaks out into a soaring falsetto in “Cement” overtop a stirring acoustic guitar that hits a crescendo with a moving performance incorporating the entire band. When you listen to the record, you may find it hard to believe that this is only Wells’ debut when it sounds like an artist who has been honing his sound years now.

The Way We Are is so musically diverse that its lead single “Wildfire” is illustrative of Wells’ roots as a metal artist, but it’s also mixed with elements of emo and folk music. When was the last time you heard metal and emo in the same sentence, except maybe metal dudes saying how terrible emo is? Wells is actually a lover of most things “heavy,” having grown up primarily a fan of the genre, so much so that he pursued the genre as a career. But things all changed when he discovered Dashboard Confessional’s MTV Unplugged 2.0 live record and it reshaped his outlook on where he wanted to take his own music.

Nevertheless, he maintains the metal spirit over the entirety of The Way We Are. As a songwriter, Wells has also developed a reputation for being a storyteller. Overall, this is perhaps the strongest asset of Cory Wells as a musician: with each song and each note, he pushes the musical envelope without ever pushing it too far. In anticipation of the The Way We Are release next week, Wells has joined us today for another edition of our Stereo Six series in which he offers up six of the records that helped to shape The Way We Are.

Before reading up on Cory’s influences, watch the recently-released music video for “Wildfire.”

01. Copeland – You Are My Sunshine (2008, Tooth & Nail, LLC)
Wells: “This record really opened my eyes to the delicate and well-placed art of falsetto. It allowed me to break up the aggressiveness while also giving those soft notes that make your hair stand up. I had never really entertained the idea of using falsetto before hearing this record. I know the band is relatively old but I hadn’t gotten into them until about a year and a half ago.”

02. The Used – In Love and Death (2004, Reprise)
Wells: “I’ve always loved the desperation in the vocals on this record. It has definitely played a part in the way I deliver my lyrics. I always loved the concept of just absolutely belting out the chorus at the top of your lungs. Such an inspirational and vulnerable record.”

03. Dashboard Confessional – The Places You Have Come to Fear the Most (2001, Vagrant)
Wells: “Brilliant collection of songs that resonate to my core as well as most of my generation. The acoustic and heartfelt vocal style gas been a massive influence on my music. It’s why I started playing the music that I do. When I heard this record, I suddenly didn’t feel so alone with my thoughts and emotions. I really hope I can give that feeling to others now.”

Have a gander at the slick cover artwork for the six albums Deep Deep Water outlined: 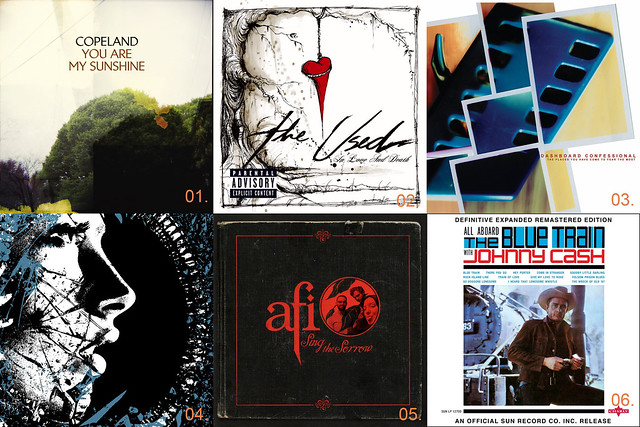 04. Killing The Dream – Fractures (2008, Deathwish)
Wells: “Although this is a hardcore record, it has this theme of ‘how the hell could you do this to me?’ This is my favourite hardcore record of all time and most definitely has influenced my style. You can hear the desperation and frustration in his voice so clearly especially with the random ’f*ck’ placed very spontaneously. You can tell he just felt it. That style of writing really translates for me.”

05. AFI – Sing the Sorrow (2003, Dreamworks)
Wells: “I think this one goes without saying as it is a staple in the punk genre. I grew up with this record. It may be the first punk record I had received. I received this record for Christmas when I was about nine years old. My cousin David gave it to me and I could not put it down. Perhaps my most played CD in my Sony Walkman. I have always loved their ‘intro’ songs on all their records. It’s a very AFI thing. I have actually put an ‘intro’ song on my own record sort of paying homage to the idea.”

06. (Curveball) Johnny Cash – All Aboard the Blue Train (1962, Sun)
Wells: “If you want some of the first emo music ever written, listen to this record. Absolutely incredible lyricism paired with decisive vocal delivery. I take a lot of the simplicity from this and make it my own. This may be the oldest ’emo’ record I really listen to. This record will make you cry if you listen close enough to the words.”

Released in 2018 as part of The Way We Are album, check out the video for “End of a Good Thing.”

Due out November 15th through Pure Noise Records, check out the artwork for The Way We Are: 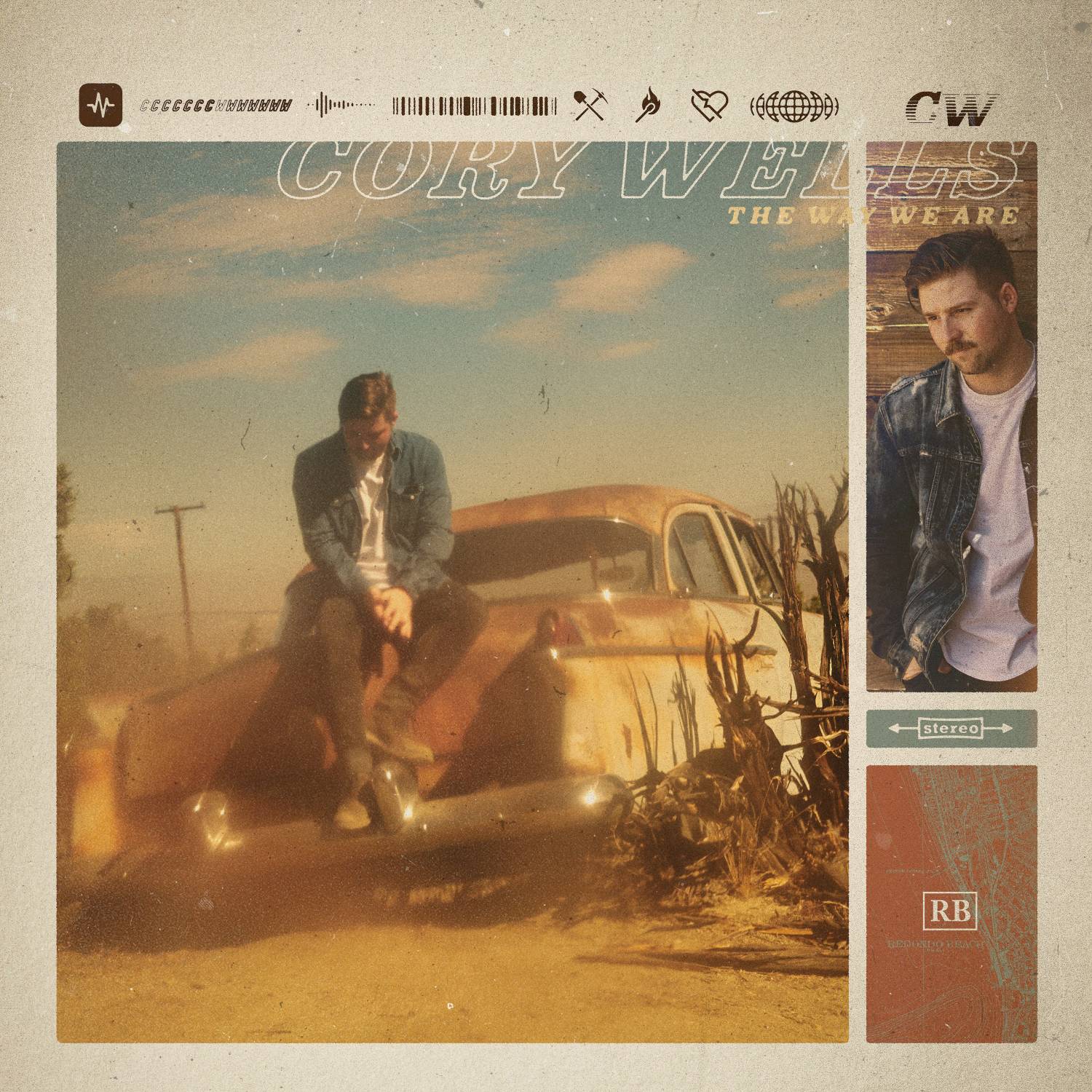