While the Portland-based documentary photographer Peter Beste may be best known in music circles for his 2008 collaboration with Vice, True Norwegian Black Metal, he has done – and is doing – so much more. He photographs rappers, rockers, UFOlogists and yes, metalheads, and in so doing paints pictures of scenes-behind-the-scenes: candid, authentic and often surprising insights into what makes these vastly different subcultures tick.

His latest book release, Defenders of the Faith (order a limited edition signed copy here), is less a photo essay and more an anthropological investigation, interrogating that staple in the heavy metal uniform – the patched and painted battle jacket. From festival and live shots to careful “product” shots of these denim and leather labours of love, Beste curates a cross-section of the entire metal community, from NWOBHM diehards to never-say-die ‘80s thrashers to the scowling kvlt of black metal, and everything in between.

The beauty of the Sacred Bones-relased book does not lie in its subject matter, however, but in the fervor and passion shown by those captured wearing this subject matter. And these aren’t just fans, either: band members Beste has crossed paths with also make cameo appearances throughout the book’s hefty 288 pages, including the likes of Dimmu Borgir’s Silenoz, Leviathan’s Jeff Whitehead (posing with his infant daughter, in one of the most endearing moments in the volume), Abbath, Fenriz and more. On top of this, a touching introduction by Biff Byford of Saxon discusses the longevity and validity of this cultural phenomenon as an anthropological artifact.

What also comes to the fore as a by-product of Beste’s investigation is a taste of metal festival culture: a large proportion of the images in the book showcase these so-called “Defenders of the Faith” in their natural habitat – from Maryland Deathfest in the USA, to Sweden’s Muskelrock; from Keep it True in Germany to the Czech Republic’s Brutal Assault and beyond. This lends authenticity to the book, elevating it from a documentary essay to an intimate and convincing glimpse into contemporary heavy metal culture.

Peep a sample of the book, and the bad-ass jackets: 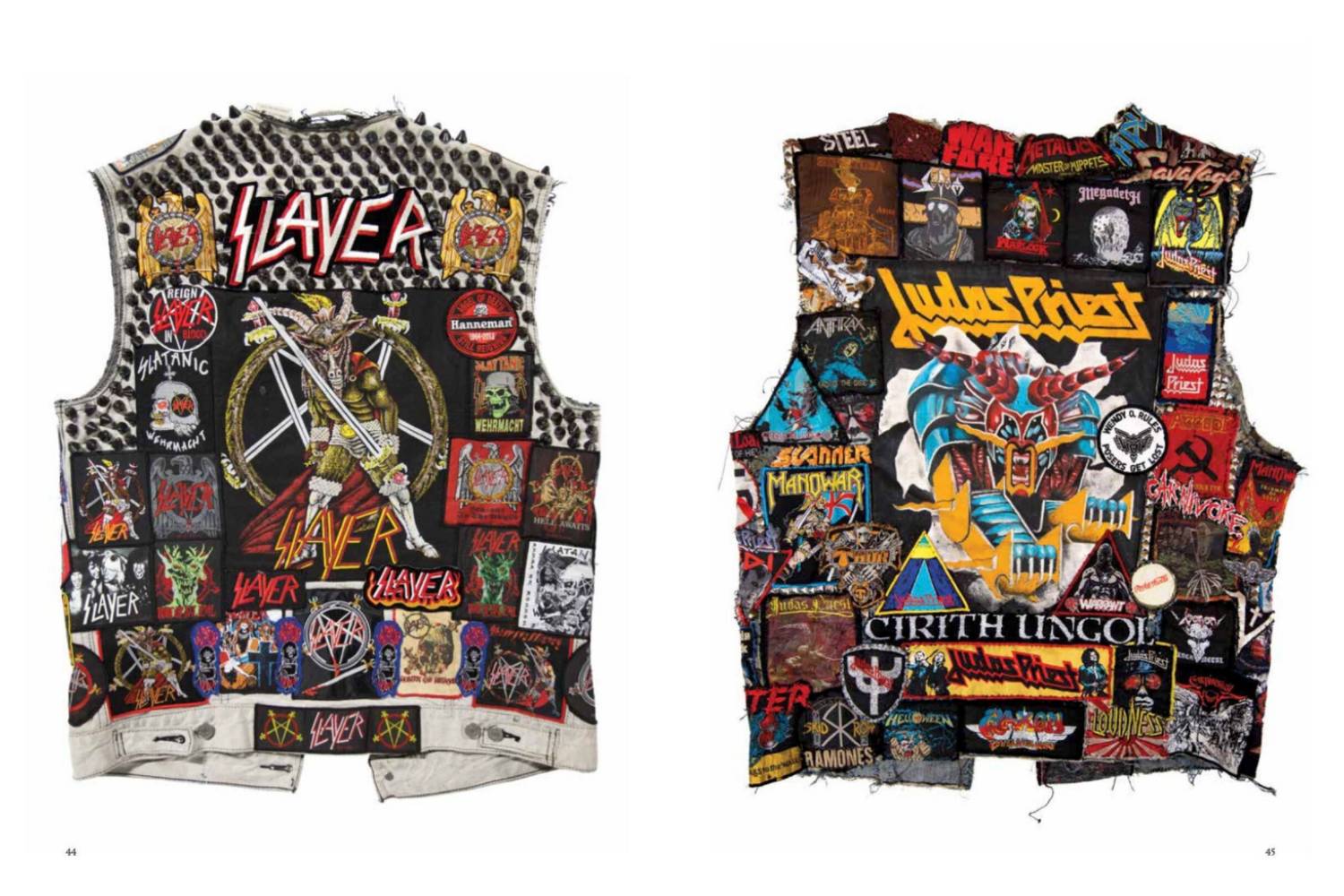 Coupled with the release, a mini-soundtrack of two tracks (“Possessed” by Black Magic and “Belligerent ‘Til Death” by Aura Noir) provide a fair summation of Beste’s work – the darkness and mysticism inherent in metal themes, married with a healthy respect for the roots of the musical form are amply illustrated in these doom-laced, thrashy numbers. Their inclusion not only complements the collection of images, but would easily please practically every fan whose picture graces the pages of the book, making their selection a very intelligent one.