Let’s talk about Skillet. The Christian rock band have amassed nine albums since forming in 1996 (three of which have reached gold, platinum or double platinum status), amounting to over 100 songs. One stand-out aspect of the group is the fact that they promote Christian messages and general life lessons without shoving religion down our throats. The second strong aspect of Skillet’s music is their lyric game. Their lyrics are incredibly powerful and often very relatable, which helps connect them to people. This makes choosing just ten songs exceptionally challenging, as each tune inspires such an emotional connection. That said, welcome to Cream of the Crop, a feature where we attempt to list the band’s ten best tracks.

10. “Monster”
– “Monster” was Skillet’s biggest mainstream breakthrough song. It reached #7 on Billboard top 200 and spent 18 weeks on the chart back in 2010. This song is invigorating; it speaks of the monster we all have to fight inside – which is different for everyone – and being able to control or even overcome it. One of the coolest features of the song is the guttural growl in the third chorus. The impact of this song at a live show is always impressive, with the fans singing loud and with so much passion every time – it inspires goosebumps!

09. “Those Nights”
– This song may not be as well known as others, but the lyrics are incredibly relatable and beautiful. Lead singer John Cooper explained on WayFM that he wrote this song when he was fourteen years old and his mother passed away. He had a terrible relationship with his dad and they fought very often. So, every week he would look forward to those Friday nights where he spent the night at his best friend’s house. He stated how he would never have gotten through those years without his friend.

At a live event, he also mentioned how he wrote it for all the nerds and geeks who ever felt left out, but had that one friend or group of friends who made everything better, and that the people you love and care about are who make life worth living. It sends a powerful message to anyone who has felt alone, lost, or hurt, and who found a love in someone else that helped save them in one way or another.

A small snippet of the lyrics gives a taste of this: “Remember when we’d / Stay up late and we’d talk all night / In a dark room lit by the TV light / Through all the hard times in my life / Those nights kept me alive.”

Any way you cut it, this is a “Monster” of a single.

08. “Awake and Alive”
– Another incredibly popular song from Skillet’s earlier days, this is a wonderfully written tune, incorporating violin and cello string instruments into the hard-hitting aspects of rock which we’ve come to associate with Skillet’s sound. It also weaves in the beautiful vocals of drummer Jen Ledger, contrasting nicely with Cooper’s raw vocals. This song has an all around great balance and draws you in right from the get-go. The lyrics highlight how it is a daily struggle to stay true to what you believe.

In an ever-changing world that has pressures from all different directions and sources, it is sometimes hard to hold onto your core values and beliefs. “Awake and Alive” reaches out to let you know that even when you feel like caving in, don‘t give up or give in to the world around you. This song gets a huge reaction at every show from all Skillet fans, similar to “Monster”. It is one of their most popular songs, and you can count on the crowd always helping to sing along.

07. “Breaking Free”
– Here’s a track that may have flown under people’s radars. It’s a bonus track from Skillet’s latest album, Unleashed. The song features former Flyleaf front-woman Lacey Sturm and packs a solids rock beat with a cool, catchy synth hook throughout. As is a common theme with Skillet, it has an inspiring message. It communicates breaking free from the chains that you feel shackled to and being true to yourself. It speaks to not letting people make you feel guilty for who you are and how you feel; to not let those who can’t/won’t understand keep you down.

This song has so many vocal layers with John Cooper, Lacey Sturm, and Jen Ledger coordinating throughout to provide a refreshing variety of style and pitch. There’s also a strong John Cooper scream for the first line of the chorus towards the end of the tune, and more harsh vocals as the song draws to a close – a surprise since we don’t hear John let out a scream like that in any other track. “Breaking Free” is a dark horse in Skillet’s catalog, and a neat side of the band that we don’t always get to see.

The “Lions” are roaring in this video!

06. “American Noise”
– “Let love cut through the American noise”. This one lyric sums up the message of the whole song. It is a poetic reading of letting love and hope beat out the hate and hurt. This song is incredibly well written, from the delicate piano to the softly-sung, but powerful, lyrics. John Cooper’s light vocals for the verses convey an understanding, kind tone that fits perfectly. His vocals get stronger in the lead up to the chorus, and the chorus itself, really driving home the passion behind the message the band sends to their fans and the world: your voice is strong and you should not be afraid to use it and be yourself.

When things are truly spiralling down in your life, this is a great song to remind you that you need to believe in the good and that things will get better. We can’t let all the hate consume us as a person or a nation. And while we may feel so much of it is beyond our control, this song reminds us that change can start with us. If we can choose to let love, joy, and truth cut through all the noise that seems to take over our daily lives, then we can make a change, no matter how small. This song tells you to lift your voice and be who you are.

05. “Lions”
– Halfway down this countdown is “Lions”, which stays true to Skillet’s very strong lyrical game. With inspiring vocals and some beautiful music to support them, you can’t help but sing along. The song emphasizes knowing your own strength and how you can rise up and overcome any obstacles that may fall before you. It touches on being unafraid to be yourself and to not let struggles hold you down. Using great comparisons, such as, “If we’re gonna stand, we stand as giants / If we’re gonna walk, we walk as lions”. These last two lines of the chorus represent that we should walk with pride and strength. We should be unashamed to stand tall as who we are. Skillet is very passionate about this matter, as it is a common theme in quite a few songs.

04. “Whispers in the Dark”
– This is another tune that is a big hit with the crowd. With hard-hitting vocals, a great guitar hook and raw guitar riffs, this song will always have you head banging all the way through. The whole track has a solid beat and tempo that helps elevate it to a new level. The drums are solid, the guitars rock your socks off and the vocals are direct and powerful! All of this mixes well with creative word choice. One evocative line is, “You feel so lonely and ragged / You lay there broken and naked / My love is, just waiting / To clothe you in crimson roses”.

Hit play below, and be met with pure “Fire and Fury”!

03. “The Last Night”
– This song has tremendous meaning and importance, as well as great vocals. Korey Cooper – John’s wife – makes an appearance, with sad, haunting vocals. The track contains a beautiful, melodic piano hook and another strong instance of strings adding to the melancholy of the song. The lyrics relate the struggle of someone who is contemplating suicide, and the counterpart of someone trying to help. It is a tough subject to touch on in any medium, but Skillet do so in an inspiring way that can help both those in despair and those trying to help.

02. “My Religion”
– Taking the number two spot is “My Religion”, a standout track of Rise, and the total discography. Skillet evolve a jazz-inspired sound mixed with rock n’ roll that is exceptionally effective. The repeating guitar riff creates a tempo and melody you can’t help but sway to. It’s a unique song, supported by a more rock chorus, John’s gritty vocals, and engaging lyrics that touch on how what you believe in is for you, not somebody else. Your religion and beliefs are not for anyone else and you do not need other people’s approval for your belief system.

01. “Fire and Fury”
– This is the top song for several reasons. Let’s start with the coordination of instruments: the song starts with a beautiful piano melody that blends seamlessly with the rock instrumentation. Secondly, the vocals of this song. John and Jen complement each other so well, with John’s deeper vocals counterbalanced by Jen’s higher notes, both increasing in power as they belt out the chorus.

Lastly, of course, are the lyrics, which point out how love can help you get through dark times in your life; they glorify how strong a bond can be when people love and support each other. It touches on shared pain and joy when you connect deeply with someone, and that you will do whatever you can to help them. The chorus is simple yet effective: “I will burn, I will burn for you / With fire and fury, fire and fury / My heart hurts, my heart hurts for you / Your love burns within me / With fire and fury“. 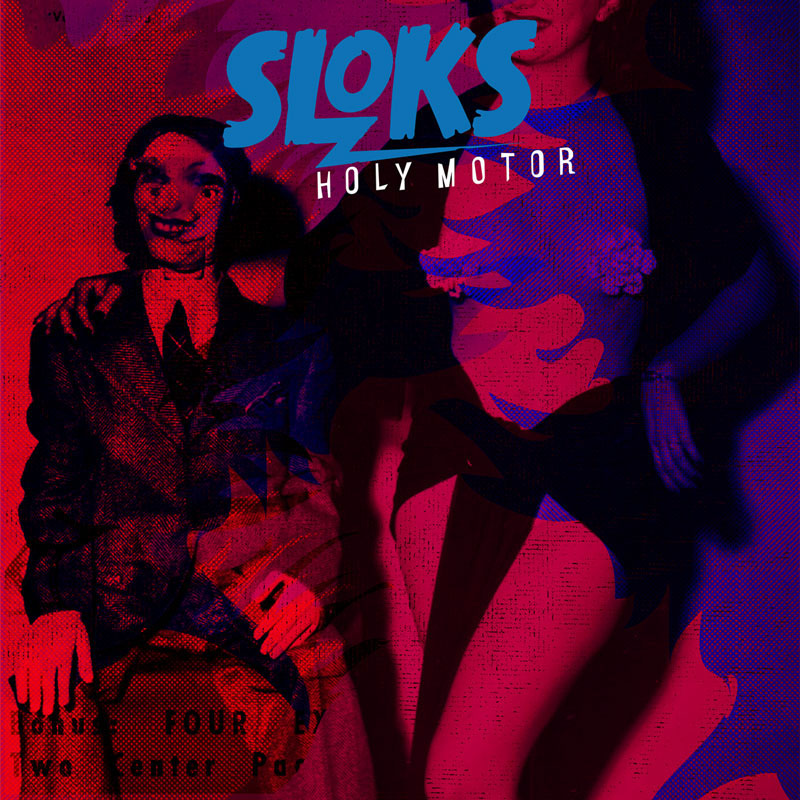