About the Sketch:
– I saw the band Canned Heat (a headliner at the original Woodstock festival) a few months ago with my dad at a small theater. They were still rockin’ out to “Goin’ up the Country” and other hits they wrote in the ‘60s. I wanted to know if they were all the original members of the band, and when I looked them up, I found out none of them were in the original lineup. The original singer and bass player had died years ago. The current drummer played in the lineup at Woodstock, but he was even a replacement to the original drummer. I completely understand this as a current and common issue now when seeing a band in their twilight years; a band that has been playing their catalogue of music for the past 50 years or more.

What I don’t understand is how a band that’s been around maybe 10 years or so can still tour and call themselves the band with only one member, usually just the singer. Case in point: Panic! at the Disco. Lead Singer Brendan Urie just released a new album and is currently touring as “Panic at the Disco” (they dropped the “!”). There are no other original members in that band. I feel that for him to call himself “Panic at the Disco” discredits all of the other original members and the contributions they made to make that band successful.

Check out the full-resolution version of the PENsive #7 sketch. 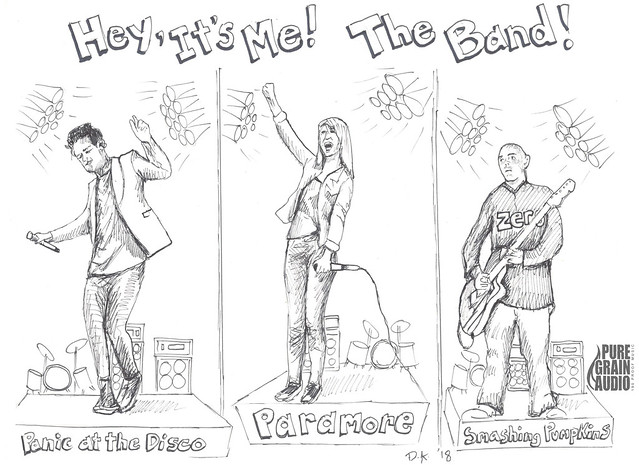 Paramore is another example. One of the most popular American rock bands today, it consists of two original members now. Singer Hayley Williams has been the only constant original member in that band, with a stretch where it was just her and a bunch of studio musicians/hired guns. The band never announced a break up, they just always kept the money machine running with various musicians leaving and returning. This is what I don’t get. Most of the bands I grew up with, when people quit or died the band ended. A heartbreaking but perfect example of that would be Led Zeppelin (and that was the drummer). Is it pure ego and a cash grab that these lead singers are keeping the name of the band without the rest of the band? I acknowledge that many bands are the “brainchild” of one musical genius who writes the songs and then puts the band together (ex. The Shins and Nine Inch Nails).

It is frustrating though when you become obsessed with an album in your youth (Smashing Pumpkins’ “Siamese Dream”) and become a fan of that band, only to see them break apart and the lead singer keep the name and churn out less-satisfying music over the years. Many bands of the 90’s have gotten back together recently and had really successful tours and made some great new music. My favorite band is Soundgarden so that was so nice to see them re-group and even record “King Animal”. But I’m pissed that Billy Corgan finally called back the true Smashing Pumpkins together to tour, only to exclude D’arcy from this lineup. – Damon Kardon

Panic! At the Disco’s Brendon Urie on Spencer Smith’s Addiction and Possible Reunion. 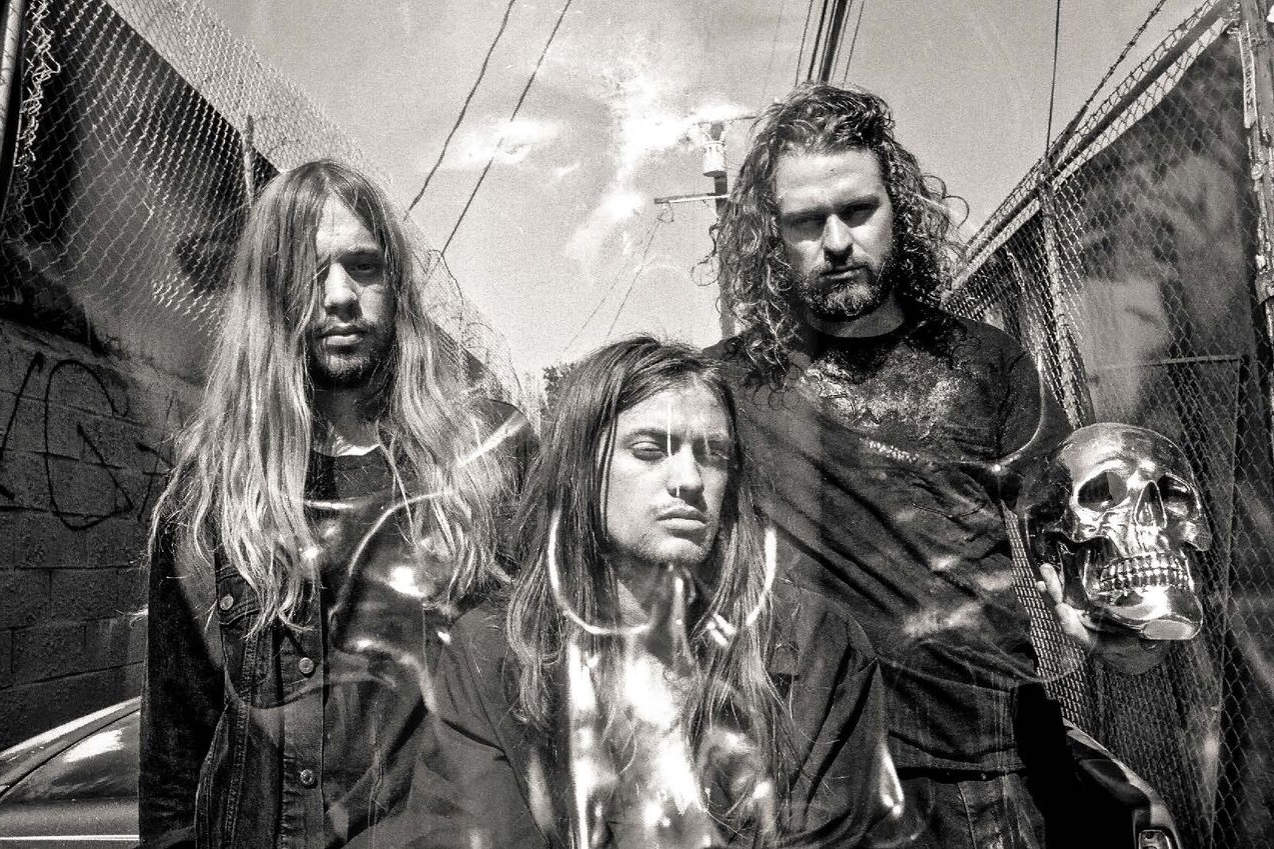 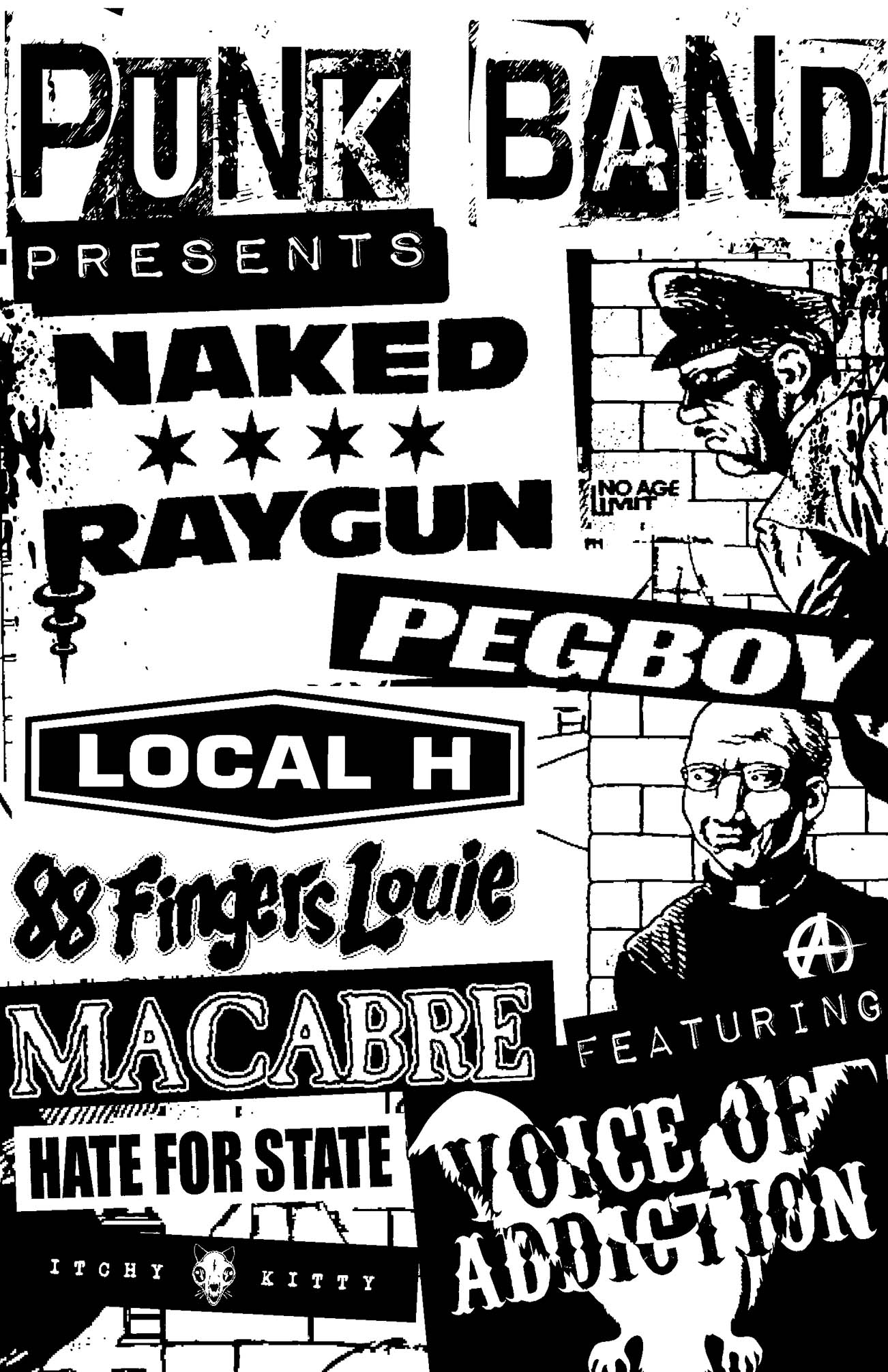