Check out the song: “Lustmistress”

I recently had a chance to speak to the members of the Czech Republic based band Inner Fear. For more than 14 years now the band has dishing out their unique style of dark metal and they are putting the finishing touches in their newest disc as we speak. Here is how the conversation went.

Tell us about the band, line-up, and the forthcoming album?
Marthus: I founded Inner Fear back in 1997 and shortly afterwards was joined by Khopec on guitar. I don’t think so it’s important to talk about the history, everybody can find it on the internet and we are more focused on the future anyway. There have been many members during the years, but the current line-up is for sure the best we have ever had. I’m very happy that Serg, Vic and Serhio have joined the band, needless to say, how talented these guys are. And have just been recently joined by one of the best guitar players from the Czech Republic, very talented guy called Ashok, who also plays guitar for the band Root. He actually has recorded some guitars on the new album too and we were very impressed by how good it fits into our sound! Speaking about the new album, I have to mention two guests which we are very proud to have and both of them have always been my heroes. One of them is Juhani Palomaki (Yearning, Colosseum), who died last year and I believe this was one of his last recording sessions ever. Juhani had a huge impact on my song writing and I adore every Yearning album he had released during his musical career. He did vocals on a “Lustmistress” song and a few more choirs to some other songs as well. The other one is a legendary Czech guitar player Milos Makovsky, who plays a guitar solo in “Fear Proclaimed” and you will be surprised how good he actually is! One of the best guitar solos I have ever heard. So currently we are looking for a good record label to get our new album released as soon as possible.

You guys recorded and mixed this record with your own funds how difficult was that?
Marthus: It was a challenge, but then again, I have to say I’m very happy with the result and without those amazing and talented musicians we have now in our new lineup, we would never have been able to achieve this!

Ashok: Quality and availability of the studio equipment got better during the last few years so we were able to record a lot of the parts in our personal home studios which was helpful and even more comfortable.

Khopec: For me personally, it was one of the best recording sessions ever. No stress at all, so that had helped to the record a lot. We had the freedom and we could use as much time as needed – especially for me, I did not have to think about the time, so it helped me a lot. The final sound of guitars is amazing, Serg helped me a lot, because he is a great guitar player himself and he knows how to do a killer guitar sound!

Serhio: When I was composing bass lines for the songs, I had a full package of the already recorded instruments and vocals. And that was cool, because I was able to hear immediately how the bass works with the other instruments, especially with the vocals. It helped me a lot.

Are you happy with the outcome of the record?
Marthus: Definitely, the atmosphere is definitely there. I am a huge fan of 80s and early 90s, which you can hear on the record. If you listen to our new album properly you will find many, many details and pretty tricky arrangements. When I was writing the songs, I was mainly focused on the atmosphere and a very dark, old school vibe. I am very happy with the final mix; everything sounds exactly how I wanted to sound.

Ashok: I am very excited with the material and all parts my mates have recorded. Every time I am listening to the album new things and details are absorbed into my mind. I am also very happy and honored to record some stuff for the album as well as to be the part of such a talented band.

Khopec: The final mix sounds really good, I’m very happy and I think it’s mainly because we had that time to do it properly and we exactly knew what we wanted from the beginning.

Victoria: Oh yeah! It is awesome to be in this project. So much talented musicians are involved. Pleasure!

Serg: We really wanted to maintain that sympho-black metal atmosphere of the 90’s. You know, you can’t stop the music, the production, the industry. It’s being evolved all the time, so there something is missing for us, nowadays. You may call it – “nostalgia”, but we’d be really happy if someone was triggered by our new stuff. As for the old fans, so for the people with no experience of the genre, at all.

Serhio: I like how the album sounds. Thanks to the great keyboard parts – you can even listen to them as the separate music, but every instrument has good clarity as well, so it can be identified and audible very well, too.

You guys mix things up by including some electronic, almost industrial sounding elements to the music. How did that come about and how do you think fans of the genre will react to it?
Marthus: Im a huge fan of electronic music. When I was a kid, I was listening to Depeche Mode a lot, actually not as much as I was listening to King Diamond or Rush, but they definitely had huge impact on my musical direction and still have. I hope all the fans will react positively as I love experimenting and mixing all kind of music. I do not want to make boring music, so the new Inner Fear album is exactly what I like and you can hear all the influences from the bands I love.

Ashok: I am also huge into synthesizer music(e.g. DM, A-HA, Bjork), various kind of soundscapes (Ulver’s Shadows Of The Sun) and even non musical sounds being used in music (e.g. Christian Fennesz) so I have no problem with listening discussed stuff and also applying them into the music.

What lyrical themes do you cover on the album?
Serg: Well, the album contains re-arranged and re-composed songs from the previous albums, so it had been decided to keep the original titles of the songs. My task with Vic was to re-do the lyrics and vocal parts keeping the original titles. I really do love those classical themes, but we’re not vampires, demons, imps or someone else. We’re human beings. Apparently, a little bit freakier, than the others. So, I thought it would be nice to overcome those. Each song is a metaphorical name for a personality’s feelings, e,g, FEAR, love, hate, jealousy, libido, death etc. It’s the world inside every one of us, that we feel every day, but can’t show up. In other words, if that theory about three different personalities inside us – “me, myself and I” really works, so we cover “I”.

Check out the song: “Fear Proclaimed”

Times are tough these days. Do you have a job when you are not touring?
Marthus: No, I’m a full time musician.

Ashok: I have daily job as a logistician for the time being.

Khopec: It’s a shame that we can’t do music for living… but maybe one day.

Vic: Making deliveries on my space ship to other planets, pretty boring job, but I can combine it with music perfectly, also giving vocal lessons.

Serg: As a decent musician from Eastern Europe, I have a part-time job.

Serhio: Music doesn’t feed me, so I have to work to be able to play music.

Serg and Vic how do you keep your vocals so strong?
Victoria: With me it is all about right vocal techniques, “saving your voice” life style, rehearsing much and of course – passion. (I guess Serg will say something on the contrary concerning some of the points I’ve mentioned.

Serg: Well, I would miss the part considering “saving your voice” lifestyle, but seriously, it’s a lot of practicing, proper breathing and you really must love your position as a vocalist, cause it’s always something more for you, than just screaming and growling.

When can fans expect a full-length release?
Marthus: We would like to release our new album this year, but if it happens to be released at the beginning of the next one, we will have to accept that.

What is next for Inner Fear?
Marthus: We would like to start playing live shows as soon as the new album is released. Personally, I did not want to play any live gigs before the album is out, because I want the fans to have a listen to our new album first. A few months ago, I have finished writing another Inner Fear album already, so that just shows you how much I do believe in this new lineup. I’m very excited!

Ashok: I am looking forward to rehearse this material together with my mates and also play this stuff live!

Khopec: We have already a bunch of new songs, so we have been working on it with Ashok for quite a while now… Inner Fear have been here since 1997, which is almost 14yrs now and I’m pretty much sure that we will stay here for another 14yrs, at least. 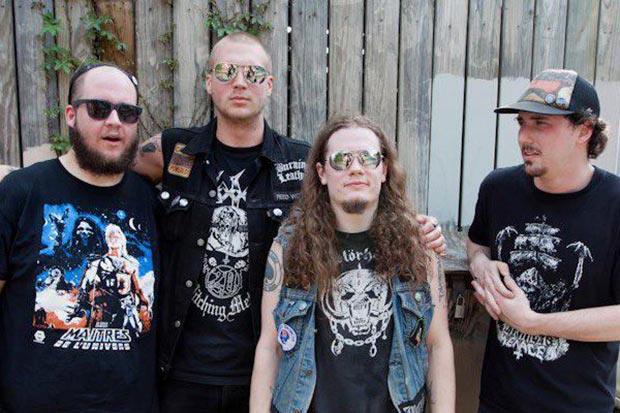 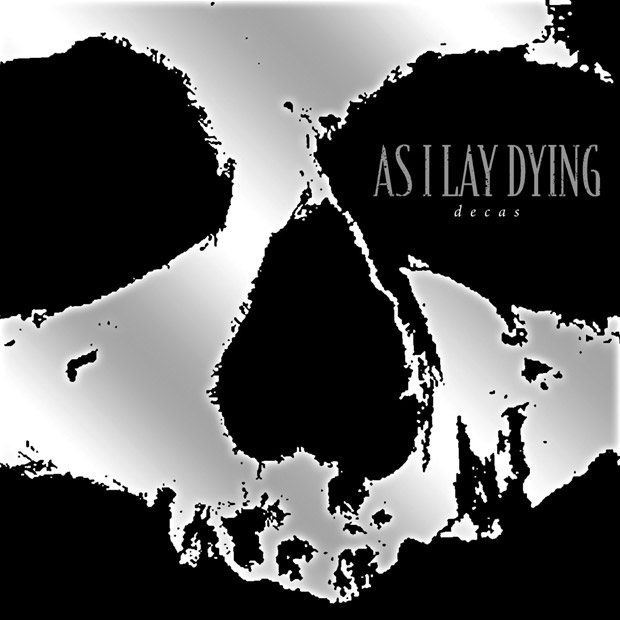