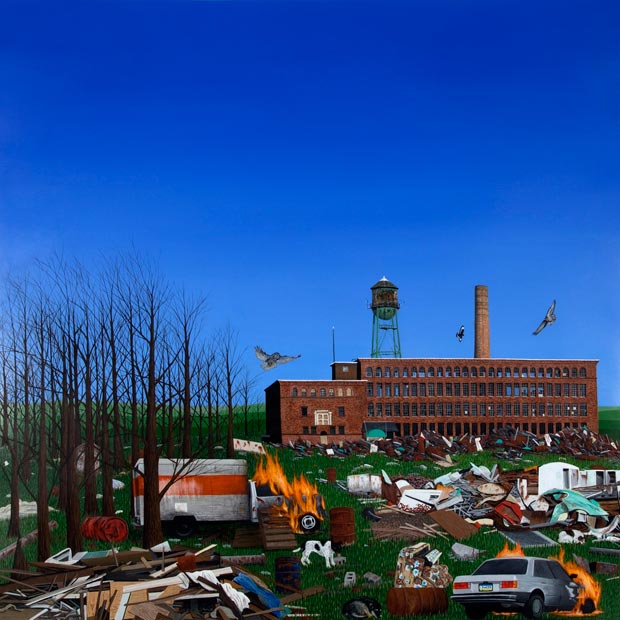 And here it is: the debut full length from Pennsylvania’s Title Fight. Following a slew of catchy as hell splits and EP’s, Shed is a violent, bitter reprisal; a messier outing to set the record straight. Title Fight step away from their fledgling roots and move into darker territory, realigning how modern punk can, and should, sound.

The ballast of opener “Coxton Yard” kicks the listener into the appropriate headspace and sets the inescapable rhythm which carries most of the record. The album peaks a little early, with tracks 5 and 6 acting as a diptych, separating the album into connected halves. The first five tracks are the fastest, loudest, ‘punkest’; the next five are surprisingly mellow and mature; and the last two cap off the record as a couplet, collectively showcasing the punk vitriol (“Stab”) and post-rock moodiness (“GMT”) which Title Fight display in almost equal parts on this album.

Shed is fast and fun, like all Title Fight tends to be, but at times it’s also darker and harsher than their earlier material. With a surprising show of ingenuity and candid passion, Title Fight have put together a solid album which impresses both with its visceral energy and its measured expression.