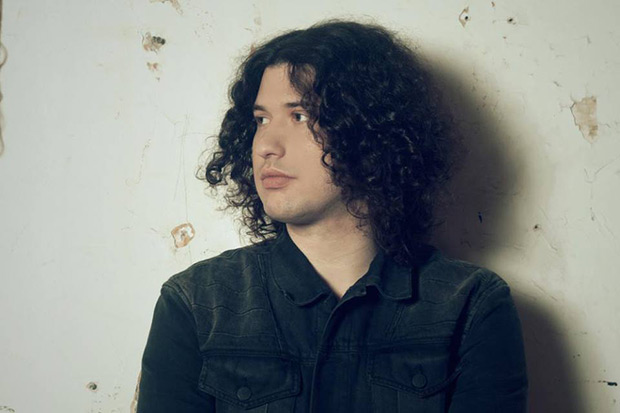 The New Regime consists solely of Ilan Rubin, drummer of Nine Inch Nails and one time drummer for the Lostprophets. At the young age of 20 Rubin has already had an unbelievably storied career and has accomplished more than many musicians twice his age. At eleven-years old Rubin entered the Guinness Book of World Records when he became the youngest person to play the Woodstock Festival. He has also played to sold-out crowds at festivals around the globe including Download, Reading/Leeds, Rock am Ring/Park, Fuji Rock, Summer Sonic, V Festival and more. Rubin took time out of his extremely busy schedule to speak to me about his career and his new CD, Coup.

How quick are you in the studio? Can you usually knock things out in a couple takes?
Ilan: I’d say I’m pretty quick in the studio with all of the instruments. I never rely on editing, so I definitely have everything done within a couple of takes, three at the most, but for variety’s sake.

Do you decide on a suitable sound fairly quickly or do you tend to tweak tones obsessively?
Ilan: When it comes down to any ornamental parts, like extra guitar parts or keyboard parts, I do tweak pretty obsessively. Especially with synth stuff, I feel like there’s always a fine line between sitting just right or sounding completely out of place. As far as rhythm guitars and bass are concerned, I find what I need pretty quickly.

When you began to put this album together were you concerned at all about commercial success?
Ilan: Definitely not. All I was really concerned with was doing the best I could with these first ten songs I had ever written and the first time I had ever really sung. Also, I was very conscious about doing ten completely different songs to each other so that I could step through any musical door in the future and not have it feel odd.

What kind of music are you listening to? Do you keep abreast of new music?
Ilan: I’m actually quite the opposite. I stick to what I like and tear apart a band’s catalog before moving onto something else. Aside from my favorite classics, I actually have more classical music on my iTunes than anything else.

The album is graced with an incredible organic and warm sounding production that is very easy to listen but still manages to retain a good amount of grittiness. Are you satisfied with the outcome?
Ilan: I’m definitely satisfied with the outcome of the album sonically, especially since it was all done in my garage. If I had my choice I would’ve loved to have done drums in a nice big room, but the entire process for this album was pretty experimental in the sense that it was all a first for me.

What can fans expect when they pick up a copy of Coup?
Ilan: When picking up a copy of Coup fans can expect a very versatile album. Whether they like it all or not, I believe there’s something there for everybody. Also, I think they can be pretty intrigued with trying to figure out where the music could go on future albums.

Are there any songs on this disc that are personal favorites or that have good stories behind them?
Ilan: Unfortunately the stories for writing these songs don’t go much beyond me sitting in a locked room with either a piano or a guitar, but my personal favorites would probably be “The Collapse,” “Take Control,” “Order Restored” and “Time Erase.”

You have had an interesting career, you played Woodstock ’99 with your first band, F.o.N., when you were eleven-years old, eventually landing in the Guinness Book Of World Records as the youngest person to play the festival. What was that like?
Ilan: I didn’t feel any extra special then and I don’t feel any extra special now. Although it was nice to play in front of a big crowd of people, being the youngest to do something doesn’t really feel like much of an accomplishment to me. No skill or anything involved there.

What is the toughest lesson you ever learned in the studio and on the stage?
Ilan: I can’t really think of any tough lessons I’ve learned to be honest. Everything is always a learning experience in one way or another though.