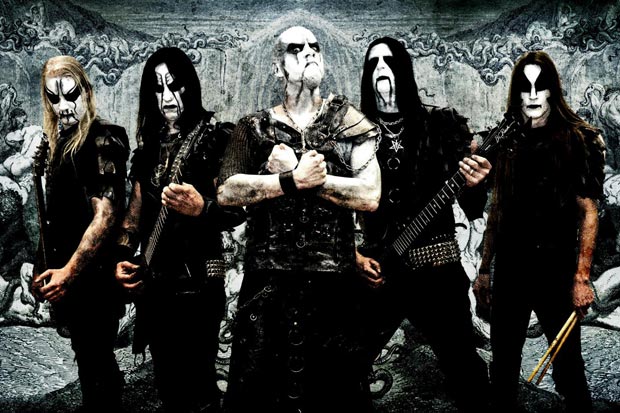 Swedish black metallers Dark Funeral recently shot a video for “My Funeral,” the fist song off the band’s long-awaiting upcoming new full-length ‘Angelus Exuro Pro Eternus’. “My Funeral” is one of the three (of nine) heavier, non-blastbeat driven songs recorded for the new offering.

The video was shot in and around an old mental asylum, an environment which, said guitarist Lord Ahriman, “suited the video theme perfectly.” “My Funeral” was produced by Standard Film Team (Umeå, Sweden). Due to the graphic nature of the video, there are two versions. View the uncut version below:

Angelus Exuro Pro Eternus is scheduled for release in the US later this year via Regain Records (11/18 in Europe). Said Ahriman of the new record: “We decided to go for a rawer sound this time; not as crystal clear and perhaps polished as our last album [Attera Totus Sanctus], but no worries. The production still holds the high quality that you would come to expect from us. !” While remaining true to their roots, DARK FUNERAL have taken a great step forward in the evolution of their brand of fine Swedish black metal. Angelus Exuro Pro Eternus is, from beginning to end, a hell ride you don’t want to miss.