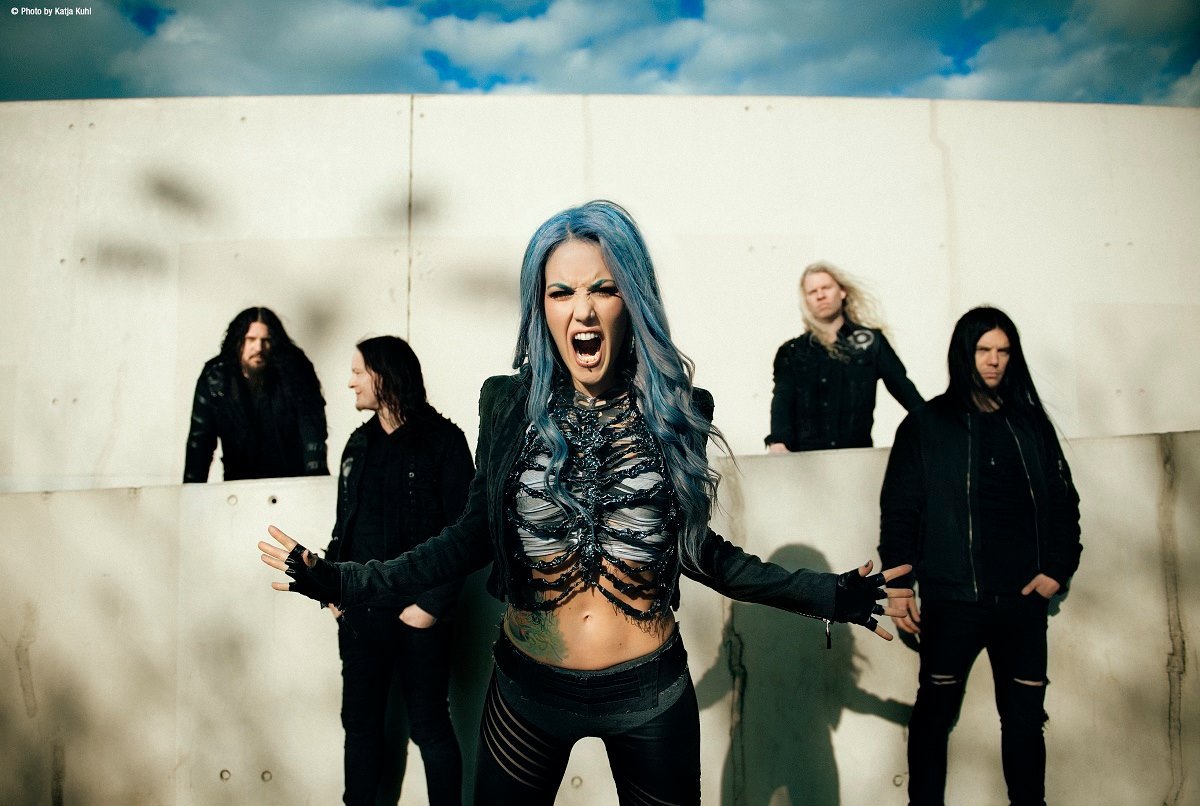 Sweden’s melodic Death Metal veterans, Arch Enemy, have released the first music video from their new album ‘The Root of All Evil’. The brand new video for the track, “Beast of Man”, can be viewed exclusively at MetalSucks.net HERE, now through Saturday, October 3rd. The video for “Beast of Man” was filmed by RGKP Videoproduktion, and was shot this past summer at Germany’s Rock Harz Festival.

“Beast of Man” was also the first song to be revealed from the ‘The Root of All Evil’, which releases in the US next week, on October 6th, through Century Media Records. “Beast of Man” as well as another track from ‘The Root of All Evil’, “Bury Me An Angel”, can be heard on the official Arch Enemy MySpace page HERE. And if that isn’t enough, Arch Enemy has teamed up with GuitarWorld.com to offer free download of the track “Pilgrim” HERE.

‘The Root of All Evil’ is a collection of rerecorded Arch Enemy classics, taken from the band’s first three studio albums, reenergized by the current Arch Enemy line up. “Beast of Man” was originally recorded for the 1998 release Stigmata.