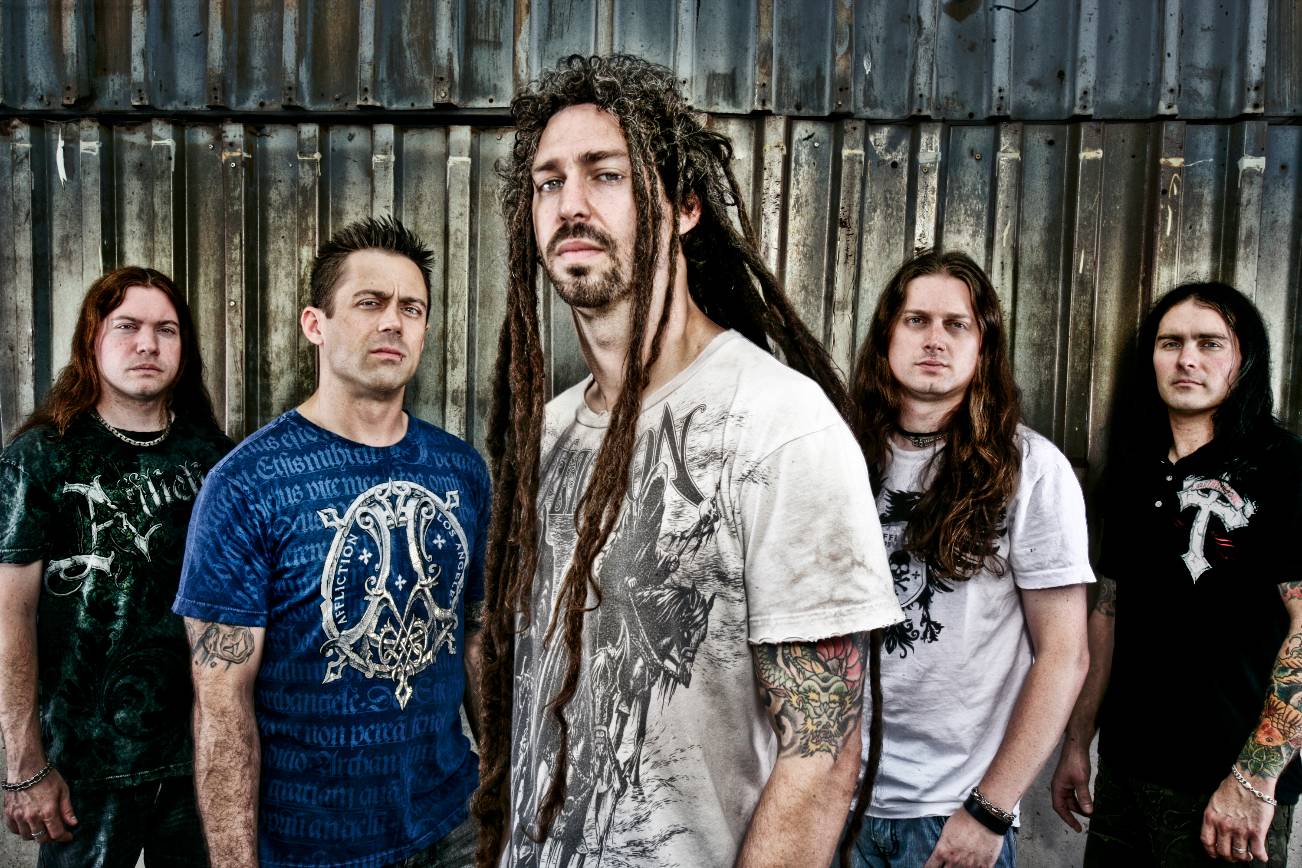 Shadows Fall is giving fans the first taste of Retribution today exclusively on their official MySpace page. The first song to be made available from the album, “King of Nothing,” is available NOW at www.myspace.com/shadowsfall. The song features a brutal guest appearance by Lamb of God vocalist Randy Blythe.

Singer Brian Fair comments: “This song opens with my favorite riff on the record. It came out of Matt’s late night drunken riff bag, and the song built itself around the heavy vibe that it created. It is a four minute beat down!! The lyrics of this song are about the overwhelming self-medication of our world. There is a prescription for every mood these days, and people are turning into zombies. It’s time to toughen up and face your reality, no matter how brutal it may be, otherwise you will just be reigning over a world of nothingness. The bridge features guest vocals from the one and only D. Randall Blythe aka Uncle Goddamn aka The Redneck Assassin of the mighty Lamb of God. Randy came down to the studio in VA to cook us dinner, and we put him right to work behind the mic. We layered his voice with Matt’s and myself to create the three part harmony from hell!!”