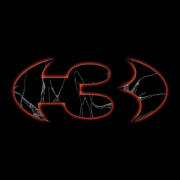 Every once in a while a band comes along that defies classification. Prime examples of this are Mr. Bungle, The Mars Volta and Oingo Boingo. 3 happens to be such a band. This multifaceted beast has it’s tentacles in funk, rock, experimental and prog rock to name but a few. This mix of influences would seemingly spawn dissonance gives rise to a magical form of alchemy.

Wake Pig starts off with the groove-fuelled “Alien Angel.” This song is a fine balance between fragility and an all out sing along epic chorus. In the wake of “Alien Angel” is “Monster”… an odd ethereal mindfuck of a song. “Monster” tangos between syncopated funk and electronic experimentation. “Dregs” starts out with an interesting acoustic rhythm that is complimented by intricate drum work, an impressive bass display, versatile vocals that dance through and electronic-tinged soundscape.

The title track “Wake Pig” is a radio worthy rocker. “Bramfatura” caresses you with amazing guitar work which charms its way through the rest of the song. “Wake Pig” is like a flamenco song in outer space. “Trust” kicks its way through your skull and makes itself comfortable there as it slithers through your mind. The “Dogs of War” is next. This beautiful piece makes you feel comfortably nonexistent though it’s minimalist weightlessness. However, it is also one of those songs that you listen to three times in a row. It’s addictive like audio smack.

Once you have listened to “Dogs of War” eighty times, you will discover “Soul to Sell”. The ideas that pop into one’s head while listening to this song is that it is an anti George W. Bush track. Lyrics such as, “…we know it won’t be long ’till you drill a well and fall straight through the roof of Hell…” or perhaps, this is merely my wishful thinking. Next is “One Way Town” which starts with a Middle Eastern rock feel. The eastern mayhem transitions into an all out sing along chorus. “Queen” saunters her way through the crowd with confidence that swaggers to and fro. This leads to “Circus Without Clowns.” This song greets you with a pleasant interplay of entrancing vocals and hypnotic guitars that will make the carnie in you weep. “Where’s Max” sounds like pure funk infused circus chaos.

3 is an amazing band! I can’t stop telling people about this band. They are intelligent, creative and on their own path. 3 have taken the blueprint for rock n’ roll, set it on fire, smoked the ashes and gave birth to the excellent piece of work known as Wake Pig. This is an album full of charm and charisma, highs and lows… and I can’t stop listening to it. Treat yourself to the indulgence known as Wake Pig.  [ END ]