For reasons unbeknownst to me, when people think of Sweden, they generally envision blonde-haired, blue-eyed people who are rather mild-mannered and pleasant. Well, sorry to disillusion you, but Soilwork, a band native to Sweden, blows that peculiar preconception straight to hell. Soilwork’s five members might be nice people when it comes down to it, but their music is nothing short of maniacally insane. The band has been around for some time and just recently released “Stabbing the Drama”, their six full-length disc. Soilwork is in my opinion one of the best hard music bands that exists and they manage to unleash a sound which is simultaneously so ferocious, sinister, and melodic that it is almost uncanny.

This twelve track disc begins with the title track, “Stabbing the Drama”; an amazing song which offers a super introduction to the outrageous sound that is Soilwork. About fifty seconds into the track, over a shrilling yell of, “…my declaration hurts, just want to stab it right now”, the song drops into chaotic speed guitar and double bass pedal that will send you into convulsions. Maintaining a steady pace throughout the song (not unlike the entire album), it transitions between softer more melodic choruses and the aforementioned killer verse. If after this first song you’re not yet infused with insanity or hooked on Soilwork, then “One with The Flies”, will help to seal the deal. The song is another four minutes of insane music which offers varied parts, fills, and pace shifts. Although not quite as intense, it is still a wicked sequel to the album opener. The madness continues with the third track, “Weapon of Vanity”; yet another awe-inspiring song which boasts intertwined savage and melodic sounds. These Scandinavian geniuses have truly perfected this art of infusing chaotic metal with ear-pleasing melodies.

Without skipping a beat, Soilwork keeps spitting out continued intensity equivalent to that of a violent hurricane of sound. “The Crestfallen” is the fourth song and is just as beguiling as each of the previous three. Its contradictory hard and soft sections make it quite a diverse track. Essentially, the same can also be said for the following fifth track, “Nerve”. The one distinct difference however, is that its guitar solo and simple clean guitar riffs give the song a tad more of a classic metal sound. The sixth song, “Stalemate”, is undoubtedly the most chaotic song on the album. It starts off frivolously and boasts a drumbeat that makes head banging literally impossible. The pace is relentless and with about a minute left to go, after repeated screams of, “give me your best shot”, the song drops into one of the sickest riffs I have ever heard. “Distance”, the following tune is also freakishly good and compliments its predecessor extremely well – this disc is incredibly well compiled.

By now it is apparent that the progression of the disc is excellent and to further illustrate this point, Soilwork offers its eighth song “Observation Slave”. It’s sad, but it is now becoming difficult to say more positive things about this record. You’ll just have to trust that this song rips and roars, and is just as wicked as the others. “Fate in Motion” is next and although it is not a soft song it surely is the calmest one thus far. It is however, good…well actually…it’s great, and it ends much harder than it starts. The tenth spot belongs to “Blind Eye Halo”, and is a short 2:24 of pure lunacy. Soilwork’s true metal roots come out on this song and they are shocking. The last two tracks, “If Possible” and “Wherever Thorns May Grow” are both supremely formidable tunes when compared to the whole album. They follow Soilwork’s hard-softer-hard song format and are both really memorable.

It is absolutely ridiculous how amazing this album truly is. I have not in years heard music on one CD to be so equally and consistently above par. Unlike most albums, this one does not have any dull spots at all, not even as it winds down. Furthermore, none of the songs sound similar as each offers its own unique feel and sound. Soilwork has released a stunning musical feat that has literally left me speechless. Buy it immediately, for every second you do not posses this album you are missing out on music befitting for the Gods of Metal.  [ END ] 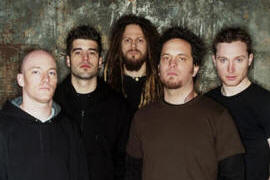 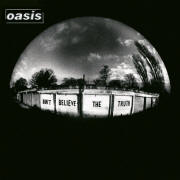