The names may be familiar to you, but the sound and approach are wholly and completely crisp and fresh. We’re talking about Unarmed, the Portland, Oregon outfit that has caused a stir with their single “The Perfect Summer.”

The band features current and former members of acts that you’ll no doubt be familiar with, including It Prevails, Scars of Tomorrow, and American Me. Today, they are following up “The Perfect Summer” with their latest offering, “Home,” which will come across as instantly tempting and engaging to all of you post-hardcore fans out there. This band has an entirely new energy and sound, hence the reason for creating a new band and not just continuing to release singles and albums under the It Prevails namesake.

Speaking of the tune, vocalist Ian Fike shares his thoughts:

“In ‘Home,’ I’m reminiscing about the days when the only things that mattered to me were skateboarding and getting into trouble. Some of the best memories I had were with my friends doing just that. I wanted to shine a light on all those things that made my childhood meaningful, but also, how bittersweet it is that we’re unable to replicate that angst or careless wonder that inevitably fades as we grow older.”

These single releases are all leading up to the culmination of the release of Unarmed’s debut EP; It’s Like That. Though it does not yet have an official release date, you can expect the record to drop sometime in early 2023. It’s Like That will build upon what you are hearing today with thick, intricate, melody-intensive guitars, with flavourful rhythms, extraordinary hooks, and of course, the passion and candour of frontman and bassist Ian Fike.

Fike is joined in this new musical venture by guitarist Therron Francis, both of It Prevails and Scars of Tomorrow, guitarist Brian Wilson of American Me, and drummer Aaron Marsh, also ex-It Prevails and American Me. These four men have been longtime friends and have wanted to do this band for a while now. Fortunately, the stars have aligned, and we are being treated to some unique, distinctive post-hardcore that does well in standing on its own two feet, with no apparent odes to the members’ previous musical ventures. 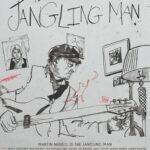 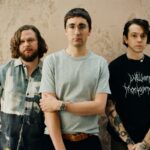