Today alt-J announces a tour celebrating the 10th anniversary of their Mercury Prize-winning debut album, An Awesome Wave. Starting in March of 2023, each show on the tour will feature a full performance of the album for the first time in the US. Earlier this year, the band celebrated the album’s anniversary with a worldwide digital concert event and exclusive new podcast series.

Of the latest addition to that celebration, the band says:

“It’s been such a great year promoting both The Dream and An Awesome Wave’s 10th anniversary that we have decided to extend the party into 2023. We are delighted to announce a run of AAW anniversary shows in the US in March where we will play the album in full for the first time in America. We hope you can join us.” 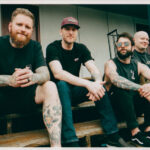 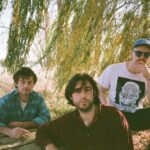