While most artists like to focus on the music, which is totally ok, some strive for a little more. Take The Hunna, for instance, an English trio who take a more progressive approach to writing and recording music, and their view on what it means to be in a band. The band released their new self-titled studio record last month, a combination of 13 tracks that show you how they have evolved in their time together. Inspired by their travels around the globe, the group takes a very progressive avant-garde approach to their videos, and their visual expression in general. You’ll also see it in their official clothing line Hard As Hell, which they launched in 2019. Having their own line of clothes has allowed them the opportunity to lend their creativity to their own unique style of unisex streetwear.

As a band, The Hunna has enjoyed a lot of success as a touring act, having played the headlining stage of the Reading and Leeds Festivals, in addition to shows with Travis Barker, Jimmy Eat World, Bastille, and Twenty-One Pilots. Their approach to modern alternative rock is unique, but fits right in with what is popular these days.

Speaking of flashy visuals, have you checked out The Hunna’s latest music video for their single “Trash” yet? For our latest Behind the Video interview, we spoke with the band’s drummer Jack Metcalfe about mishaps on set, the fantastic crew they worked with, and his general point of view on videos and their importance for current artists.

Jack Metcalf: “We had a few during ‘Trash,’ for sure. The idea behind the video was to make it obvious it was low-budget with a basic green screen, which also ended up looking sick and very punky. The green screen itself fell on me whilst drumming which was pretty funny as we carried on and it ended up making it to the outtakes at the end of the video. Also, with (singer and guitarist Ryan Potter) Tino playing Tina, we had lots of moments where all of us were laughing hysterically because he smashed the roll and a few fake boobs flew about!”

“I think as we are all big Lord of the Rings, Game of Thrones, Vikings fans etc., so a big-budget, medieval video where we had a battle and was dressed up as knights on horseback would be up there, for sure! Maybe slaying at battle and playing a gig at the round table!”

“Well, for the newest video, ‘Fugazi,’ it was Justin Bobby from the MTV reality show, The Hills. We thought it would be a big long shot to get him in a video as he is in California, and we are based in London. We have been fans of his for a long time, and we couldn’t believe the team, and ourselves managed to make it happen! He was such a badass, and we had the best time; the video came out so rad! Definitely check it out.

“If we could have anyone in a video though, in the future, I think someone like Brad Pitt, Russell Crowe, Mike Myers, or Denzel Washington would be insane. You know, just to name a few small actors (laughs).”

“I think they are really important because videos are the movie to your soundtrack! We each grew up in the MTV/Kerrang TV days, so it was so common to watch videos to all our favourite bands. Platforms such as YouTube, which is still huge, really gives you an extra dimension to getting your music out there, especially to people that haven’t seen or heard us before. We all love visuals/movies/videos/series, so it’s such an awesome thing to do as well as record the music. It is art, and we love it.”

“One-hundred percent! It obviously depends on what you want to do with a video, and, of course, the budget and time you have is other important factors. Our first single, ‘Trash,’ is the perfect example of a low budget in a tiny room, but with us just being ourselves rocking out and having fun playing dress-up really proves videos don’t always have to be expensive.

“So many people have said to us they love the song and video because we came with important messages in the song about how much the music industry can suck at times, but also having fun with it and not taking ourselves too seriously.”

Who did the crew include for the video, and how did you put together the team?

“We met Moderndayauteur, the music director, online through another artist called Nick Prosper, who is an awesome solo artist. They’ve done over ten music videos together. The three of us loved what they did together, so we reached out to Modern Day (aka Will); he was really into our music and was down to collaborate! He brought his team with him from New York when we shot both of our newest videos in LA, and we brought part of our English team, too. Everyone got on so well, and both videos came out dope! We will definitely be working together again in the future; watch this space….”

How much of the “Trash” video was self-made?

“We always like to come up with ideas ourselves, as we write all our music, so we want to continue that into visuals. We have so many ideas for different songs, and we love to brainstorm and ideas to do the music justice. We always write-up treatments to then send off to directors and producers before they even write something up. If a director doesn’t know us, they normally don’t understand the band, and what we are going for, so we have learned it’s really important to take the lead.

“With every video, we aim to put a stamp on all our work and be proud of it. Working with Will (Moderndayautuer) was a breath of fresh air, because once we got working together, he really understood our style and taste when it came to our music and video ideas. We already loved his work, so it made it a very smooth and slick operation.”

“We really like all three styles, but being a live rock band, it has to be a live video because it’s what we do best! We all feel like it really captures the essence of The Hunna. It’s the best way to watch a band/artist as well in concert if you can’t make the show or they play in a different country, etc. I’ve watched so many live videos of artists/festivals and so on over the years, and really enjoy it almost as a case study, but more importantly, as a fan of music!” 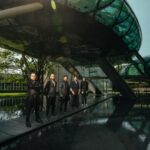 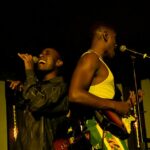