Including everything from horns to harmonica, Baba Jenkins’ debut album COPPER is a reflection of life and a celebration of music. Oozing with confidence and displaying a modern retro sound, the group showcases their musical chops and lyrical versatility on the 10-track record. Composed of Rone Worthen (vocals), Guy Keefer (guitar/production), Ekko Gaha (drums), Kerwin “Skooter” Williams (bass/production), every member of Baba Jenkins is given an opportunity to shine on different tracks. In this way, COPPER is incredibly dynamic and vibrant, as the title “reflects the energy of the band itself, that is, an usually good conductor of electricity and heat,” Keefer explains.

Moving seamlessly from big band crescendos to stripped-down bluesy ballads, Baba Jenkins pays no regard to being confined genre-wise and trusts their gut with what feels right. Drawing from a wide array of musical influences and styles, the group refers to their music as “gumbo.” Tracks like funk-infused “Dance On Me” serve as energetic tunes to let loose, while “Tuoro De Lide” takes listeners through a rock-influenced array of complex emotions.

Oscillating between lighthearted love to the harsh realities of the world, COPPER is both impressively candid and refreshingly versatile. “The album is a balancing act of reality,” Keefer explains, “Half the songs are true stories, some of which shine light on social injustices and brutalities which for some unexplainable reason still exist in this world.” This is evidenced in the contrast between the stripped-back track “Slow Motion” and its subsequent song, “Hellfighter.” On “Slow Motion,” listeners are encouraged to take the struggles in stride because you “better live your life” while “Hellfighter” is a raucous Americana-esque song on pushing through the maltreatment in order to “give ‘em hell.” Traversing through a variety of topics and even including a tribute to blues legend Muddy Waters on “Dynamite,” COPPER serves as an exciting precursor to the talent and artistry of Baba Jenkins. “We want people to have fun when they listen to our music, to get up and dance. And also reflect on how we can help others.”

Los Angeles-based rising band Baba Jenkins sustained an immediate commercial presence just weeks after finishing the final tracks for their upcoming debut album. Through an unexpected meeting with drumming legend, now friend and fan Steve Ferrone, he aired “Dance On Me” in January 2022 followed by “Dynamite (A Tribute to Muddy Waters)” in March on his brilliant monthly program “The New Guy Show” on Sirius XM Tom Petty Radio. At the same time, Cliff Beach on LA radio station 88.5 FM KCSN took a liking as well and played their first single “Rendezvous” on his hot weekly program “Deeper Grooves.” 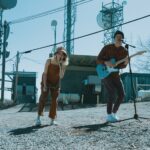 Modern Temple’s “Radio” Leads Listeners to Discover More About Themselves 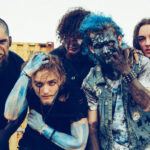