Lisbon-based but London-born singer-songwriter Maripool has just released her nostalgic new single, “This Time Again.” Taken from her upcoming EP, It All Comes At Once, due October 14th through Practise Music, Maripool said this about the single:

“I wrote a really pretty sounding song and I wanted to take it to the extreme with the lyrics. It’s the kind of song where you wouldn’t expect to hear the words ‘I’d like to see you cry, I’d like to see you die’ but at the same time it also made total sense with how I felt. I wanted it to feel like you’re walking through a field of daisies but you’re also really angry.”

One listen to the single, and you will find a song full of emotive charm, drawing inspiration from 2010s jangly guitar-centric pop, 1990s shoegaze and Midwest emo.

With that in mind, we sat down with Maripool and asked her about the ten albums which had the biggest influence on her life and music. Check out the new single as you read through her choices.

“Definitely my favourite album of all time; massively overlooked when it came out but has since become such an important album that really shaped emo music. I remember the first time listening to it being completely blown away; I’d never heard anything like it before.”

“The most beautiful lo-fi-sounding album ever to exist. It’s just so raw, honest and emotional. Gold Dust has always been my favourite song of all time. The fact that it has no lyrics but still manages to invoke so many feelings has always amazed me.”

“Probably the most important album in my journey as Maripool. I used to listen to it every day at the time when I started writing my own songs. Alex G has always been one of my biggest inspirations, and this one was the first album I heard of his, so has always remained my favourite.”

“I used to listen to this one all the time as a teenager, I never remember it that much now, but it’s one of those that, whenever I pop it on, really takes me back to growing up in Lisbon. So it’s definitely a very nostalgic one for me.”

“This is my most listened-to album of the past year, really influenced me when writing my new EP. Spencer Radcliffe is definitely one of my favourite songwriters of all time; his way of writing is just very beautiful and emotional. I just wish more people knew about him!”

“An absolute classic; I feel like this is one of those albums that everyone loves and can agree it’s a masterpiece. Really changed and shaped my taste in music.”

“Me and my friends would spend most of our evenings in the summer of 2014 listening to this on vinyl. Listening to it now always takes me back to that summer and being a teenager in London. It was my first introduction to ’90s emo, so was definitely a game changer for me.”

“I used to listen to Sonic Youth so much when I was in school; the way they write and their open guitar tunings really made me see music in a whole different way, and that was very inspiring.”

“This is such a special album to me. There’s songs in it that make me feel so sad and then some that just bring me absolute joyfulness. I found it at a very crucial time in my life, so it’s an album I always go to when feeling a bit lost.”

“I only found out about this album about two years ago but have since listened to it nonstop. It’s an emo band Spencer Radcliffe was part of before he went solo. ’90s emo really changed my life, and I can never find new bands that do emo like that anymore, but this one definitely hits differently.” 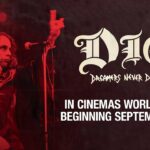 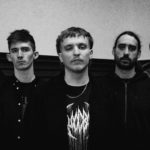