It’s one of life’s greatest challenges to confront and admit, but the fact of the matter is that Father Time never takes his eyes off of us. Whether you’re age 8 or 80, he never stops staring you down, so it’s down to us and our perspective on things to get us by. Enter Elsewhere and their brand new single “Life…is A Fraction: V. Diagnosis,” a track off the band’s new album, due for release on November 4th. An ambitious yet sensible recording, Life…is a Fraction is split up into ten different chapters, kind of like a book, with each song offering something new to add to the overall narrative of the record.

While many progressive, concept-based albums tend to be grand and even bloated, the group went to specific efforts to avoid this with Life…is a Fraction. While it typically takes such records many songs, with extended runtimes to establish an overall theme or point of view, lead singer Michael Aroian, bassist Kevin Swaluk, and drummer Adam Soucy ensured that they say what they set out to say in a reasonable 34 minutes. No overinflated self-importance, just the meat and potatoes of what they want to express.

Situating the track for us and its place within the context of the record, Aroian states:

“This installment of the album follows our protagonist from the streets of indecision and disillusion to the hospital, where they learn that they have contracted a mortal disease. At that point in time, this ‘diagnosis’ changes their life forever and crystallizes the notion that time is moving incrementally faster each day as their denominator (the number of days in a lifespan) is jarringly cut short. The protagonist is left to deal with a range of emotions in that moment as the specter of death and ‘counting up to one’ (i.e. termination) approaches faster than ever anticipated… How will they now deal with this insurmountable challenge?”

Based in Boston, Elsewhere is going to impress and surprise a lot of listeners with Life…is a Fraction. It will be illustrative of how much the band has grown musically and also may catch you off guard when it comes to what you might have expected of them. Musically, the album is heavily influenced by Aroian’s longstanding passion for Rush, as well as early Genesis when Peter Gabriel was the frontman.

Thematically, this is a set of songs that are semi-autobiographical commentaries on human perception of time and how it changes as we age. The days, and nights, seem so long when we are children, but they all begin to pass much faster as we get older. Then eventually, we confront a terrifying, life-changing diagnosis, and our perception of mortality completely changes everything. Aroian was diagnosed with cancer several years ago, and it served as a tipping point in his life and was part of the motivation for this record. Like all great artists, Aroian has taken a negative and turned it into a positive, and it has now become a defining moment in his and his band’s life and career. 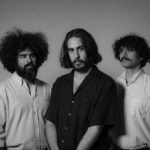 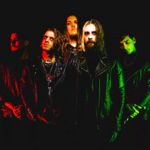