Age is just a number when it comes to Nikhil Bagga. Wise and skilled way, way beyond his years, the twelve-year-old singer-songwriter is about to take a big step into a much larger world with the release of his full-length debut record, Leap of Faith. Due out on April 15th, you can hear each and every track today, a testament to the fact that age is just a number, particularly when it comes to music.

Proving that talent and spirit far outweigh experience, Bagga can’t help but impress you on his new LP, an engaging, charming unveiling of an artist who is well on his way to where he wants to get to. Produced by Eric Lilavois (Macklemore, Death Cab for Cutie), with a guest appearance from Heart’s Ben Smith, Leap of Faith has a certain charm that only a young artist is capable of conveying. There’s an innocence to it, but also a calm confidence that Bagga exudes as he assertively strolls his way through the album’s ten tracks.

When asked about Leap of Faith, Bagga tells us:

“Each song kind of tells its own story and in the end, it’s more or less a story of my life. The record is about the people and events in my life and how they affect me as a person.”

Part of the reason why Bagga has gotten started so early is probably that it all comes too naturally to him. He was interested in rock n’ roll from a very young age and began to play the guitar when he turned nine. The inspiration for that was simple; he wanted to know how to play along with his favourite songs from artists as classic and legendary as AC/DC and Queen, and modern phenoms, such as Ed Sheeran and Ayron Jones. Learning cover songs turned out to be just what he needed to learn how to write his own songs, which he began to try his hand at after playing other peoples’ tunes became less satisfying. This led him to London Bridge Studios, where he collaborated with Lilavois, who helped Bagga pin down the type of sound he was looking for.

It’s all happened in a real hurry for Bagga, but you can’t say any of this is rushed. Everything is proceeding at its rightful pace, as he looks to emerge as one of today’s, and tomorrow’s, great artists. 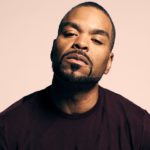 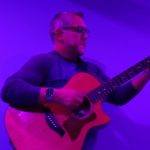 Jason Flashner Premieres His Warming “Within a World” Music Video