For some bands, taking risks works. For others, they fall flat on their faces. Thankfully, when deathcore favourites Whitechapel dropped their stunning concept album The Valley in 2019, the shift in direction was met with worldwide acclaim from fans and critics alike.

Picking up where The Valley concluded, the group released their new album, Kin (read our recent album review here), via Metal Blade Records on October 29th. Right ahead of the release of the album, we spoke with guitarist Ben Savage about the album, the continuation of the theme, and more.

First of all, I really appreciate your time. Thank you for taking the time to talk to us. Before we start I’ve got to say the new album is absolutely stunning.

Just going back, though, to The Valley first. You took your sound in a new direction with that. What did you learn about yourself as a band from that experience going into this new record?

“Well, with The Valley, we learned, I guess, we can dive deeper into the concepts of all these deeper, let’s say stories. We could do more storytelling and we could get more operatic and more, dramatic with the music and Phil’s vocals, you can weave in and out of it. So we really took what we learned on The Valley and just amplified it on Kin.”

Did you sit down and talk about what you wanted to achieve with Kin, or was it just a natural progression?

“It is a natural progression. I guess it’s accelerated since The Valley, since we learned what we can do. It was a good jumping point we knew we wanted to continue with the story, but we didn’t know what Phil was going to write about. So we just wrote the music as what we wanted to hear right after The Valley, like after ‘Doom Woods’ ends, the last track. What would you want to hear after that? So we started writing and I guess the first idea that really sparked our interest was ‘I Will Find You’ which is the first track on Kin. That’s the track that started to get the ball rolling. Once that song started happening, we were just at the races.”

When you’d finished The Valley, had you had thoughts about the progression onto the next record?

“No. We just write along the way and it’s all just a bunch of sporadic ideas that are just here and there that we collect. We collect ideas for a couple of years and then we get together and go through them in a room together because we need to be there in order to finish songs. We’re just one of those bands, we have to be together to do that. So, we just go through and just collect the ideas and find good starting points. Songs start with just a single idea and it just blossoms around that.”

Did you discuss with Phil about following up the story that you told on The Valley?

“We honestly didn’t. We left it to him as far as lyrical concepts. We just wrote the music first because that’s what we do every record. The only thing that was different in The Valley is that we didn’t know what the theme was going to be so we just wrote the music as we wanted. Phil came in afterwards with the concept which really helped with the visual aspect of the record too. With this one, we knew that we wanted to continue with the theme so we had written the music to support these theatrical stories. Then what was different about this album is we sequence the music as to how we wanted to hear it.

“Yeah, definitely. We want to write music that creates visuals in the listener’s head yet we don’t want to make the listener think that it reminds them of this band or that band. We just want it to be its own world in itself so I think with the themes and the lyrical concepts, it definitely gives weight and a visual stimulation as far as what can be represented in a visual form.”

You’ve already touched on spending time together writing. Over the last two years we have spoken to a lot of bands and, while it’s been a very barren period in terms of touring, for Whitechapel, has it helped shape Kin by giving you that freedom to shape this record and explore the concept even further?

“It certainly took the stress off having to leave it for a month then come back. You take a break from the album, we’ve done that seven times so far and it helps us focus and give all of our time into the album as far as adding layers and adding solos and stuff like that. After the rhythm guitars, drums and vocals, or tracks, I could then add my solos and acoustic stuff and I could really compliment the vocals. I can tell a story in the lead playing after the vocals are recorded. So it helped just having all that time to thread the sound and the story together.”

It sounds like that, in your head, you had it all mapped out fairly quickly?

“After Phil wrote the lyrics and everything it was just adding what needed to be added because each song has its own sounds you have to pull together to strengthen it up just based on the song and on the musical content. You can’t just hop into that, you have to let it soak in until you get a good feeling for it.”

Going back to the last album, it was a massive move for the band in terms of your direction. Given the reaction from the fans and the fact that everybody was totally on the same page as you guys, did that change your confidence going into writing this record knowing that everybody was going to get what you were trying to achieve?

“One hundred percent, yeah. We couldn’t have made this record I don’t think three or four years ago, it’d just be too much of a drastic change. Also, you need The Valley in order to lead into this story. It definitely gave us the confidence to step more outside of the box, get more melodic, and write a well-rounded record. We wanted the heavy stuff we’re known for in there because we still love all that.”

You talk about it being a well-rounded record. On it, there are still some, what I would call sledgehammer-heavy songs on there like “A Bloodsoaked Symphony,” but with some of the more melodic songs, are there thoughts of taking Whitechapel into that mainstream metal market?

“It has to feel right. We don’t want it to sound contrived, it’s got to fit our personality. There’s a fine line between making like a casual rock song and then actually making more of an interesting sounding song, more layered, different structures that don’t stick to a formula.”

On that theme, Phil took a huge leap on the last record with his clean vocals. Going back to what we talked about earlier in terms of confidence, did it give him the confidence to explore that path given how everyone loved what he was doing?

“It works out great because he’s a great singer and that’s the glue that keeps it all together, I mean, the music can be the way it is, but if you’ve got a guy that’s like singing weird or making poor note choices, it’s not going to shine as well as it could. So, just having Phil as a vocalist definitely gives the band confidence to step outside the box.”

Do you think the fact that he’s got that range gives you the freedom to explore different styles meaning you’re not stuck to one style?

“Oh yeah, 100 percent. It’s everything. The vocalist is the face of the band. That’s the sound.”

“Yeah, I think so. I mean, we have enough songs where we could adjust the setlist to where it feels like it would be comfortable in both situations. It’s like a chameleon in a way you can mould to these things.”

In terms of the setlist and with the two albums linking together. How will that work in terms of slotting in older material?

“I’d say we’ll play the favourites like ‘This Is Exile.’ I still love playing that song live. It’s just got more of a cool structure in the song. It’s still a big fan favourite. ‘Saw Is The Law’ too, that song is super fun. We’ll just sprinkle those in there.”

Would you like to play the two albums together as a full theme show? Is that something you’d like to see happen?

What about the visual element of the show? Have you mapped that out yet?

“As far as the live performance stuff, we just have to see what budget we’re working with and see if it’s worth doing. As far as our visuals, as far as music videos and stuff, we still have a few more videos to reveal before the album comes out, we’re working hard on the themes. The next video we’re releasing is just our darkest, darkest one yet. It’s excellent.”

Have you looked further ahead with this theme? Is it something you’re going to continue exploring or will there be a conclusion?

“Yeah, I’d love to take it as far as it can go. It’s more fun to have a bigger, wider palette than just to rest on what you’re known for because that gets boring real fast. We’ll see what happens. ”

As I said, I’ve really enjoyed the record, I’m looking forward to seeing how it all slots together live. What are your plans for 2022 in terms of touring?

“Well, we have a couple of U.S. tours ready for 2022 so we’ll just see how that pans out if everything’s back to normal.”

Hopefully, there will be a UK visit in there…

“I hope so too! We had a UK tour ready to go for The Valley. But, we had to cancel.”

Well, hopefully, things will be back on track and you can get back over here. Thanks for your time…

“Definitely, thanks for your time and support.” 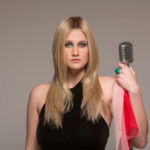 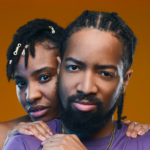