Australian duo Poor Little Things have really “fired it up” with the recent release of their brand new music video. The clip for the new single features some awesome retro animation that will look familiar to any fan of mid-’80s cartoons that fits very appropriately with the outfit’s mix of 1970s and 1980s rock, pop, and glam.

“Fire It Up” is off of Poor Little Things’ latest full-length record, Deal Breaker, that was released on September 30th. Sticking with that ’80s vibe, the ten-song set has diversified the pair’s sound to incorporate the feel of the days of early 1980s Australian commercial radio, a sound familiar to people all around the world thanks to the breakthrough success of acts like The Angels, Divinyls, Mondo Rock, INXS, and Men At Work. Featuring singer Tina Jackson and guitarist Dave Talon, Poor Little Things strives to create hook-heavy songs with addictive melodies, infectious grooves, and a heavy emphasis on the electric guitar.

With Deal Breaker out now and the hype for the duo rising, we recently had a chat with lead singer Tina Jackson for a video-centric talk about making videos, the music video business, and the clip for “Fire It Up.”

Tina Jackson: “Elvis, of course! if he wasn’t available, maybe Lemmy from Motorhead or Bon Scott.”

“There are so many, here are a few: Krokus, ‘Eat The Rich,’ Wendy O. Williams, ‘It’s My Life,’ Motorhead, ‘Killed By Death,’ Devo, ‘Whip It,’ Van Halen, ‘Jump,’ WASP, ‘Wild Child,’ Divinyls, ‘Boy’s In Town,’ Kate Bush, ‘Babooshka…’ Dave was in a band called Rollerball and once created a clip that focused on paying tribute to the Aussie legend Stevie Wright.”

“It’s just as relevant now as it was in the early ‘80s. Whether a stadium or a garage band, you need a promotional tool to take someone from the act of scrolling to clicking. With three releases under our belt, ‘Fire It Up’ is P.L.T’s first video clip. It’s good to give listeners a bit more to chew on. Not just head movies.”

How important a role does social media play in sharing videos and increasing exposure?

“We are an ultra low budget studio project so social media is all that we have besides the heroes of independent radio press. We really appreciate industry folks (like this magazine) who take the time to get the word out about THE ROCK.”

How much more effective or beneficial is creating a music video now compared to 20/30 years ago?

“Twenty years ago you could invest a lot more money in a video clip and have no idea if it would be picked up by cable TV. etc… It was a gamble even with a label behind it. These days you have a lot of options that won’t put you under financial stress. We’d like to think that a good song can carry the simplest video over the line. The lyric video is really a thing these days.”

Do people really dig them or is it just an easy option for the artist?

“We like the idea of animation but we approached Londoner Neil Williams’ Stelos485 because we knew he would take it to another level. He has a great imagination.”

“We focused on our record and let Neil put in the hard work. We hired a great artist to create our clip. It would have been crazy to try and control the direction ourselves. There is no point hiring an artist, director, or producer to work on your project if you are not going to give them the freedom to do what they do best.”

Is YouTube a good enough platform by itself to justify creating a music video?

“If you believe in what you’re doing and enjoy the process it’s worth creating art for the smallest of audiences. We think that if you’re doing something you like, hopefully, it will hold something that appeals to others.”

“Some of the worst videos of all time were Hollywood productions. It’s the same with music. A good idea is more important than a big-budget production.”

Does the “Fire It Up” video have a concept and, if so, can you elaborate on it?

“(The song) is about freedom on the road and all the positive aspects of highway action. That combined with us being Australian led Neil to create a Mad Max-style clip that also pays homage to Saturday morning cartoons of the ‘70s and also some more subtle references to film and television of that era. Being fans of his previous work, we know he wouldn’t let us down… We love it! It catches the vibe perfectly.” 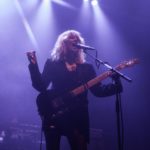 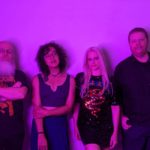