To say The Sopranos simply changed television would be a massive understatement. Throughout its 86-episode run (1999-2007), the David Chase-created HBO series expanded the boundaries for where a scripted TV drama could tread. Based on the riveting, and often graphic story of a fictional five-family New York/New Jersey crime syndicate, The Sopranos earned an array of industry accolades — including a #1 ranking on the Rolling Stone “100 Greatest TV Shows of All Time” list. Additionally, the show’s protagonist, Italian-American mob boss, Tony Soprano, rose to pop culture icon status. And through his larger-than-life portrayal of Soprano, Emmy Award-winning actor, James Gandolfini became a household name.

In the minds of many of the most ardent Sopranos enthusiasts, ONE question lingered following the series’ now-infamous grand finale. Was the “end” really the end? However, as a result of Gandolfini’s tragic and untimely death in 2013, purists knew in their hearts that the Sopranos saga couldn’t continue without “da boss.” Yet, audience appetite remained insatiable.

“Who Made Tony Soprano?” It’s been the intriguing tagline used to tempt and tease moviegoers for months leading up to the October 1, 2021 U.S. theatrical release of The Many Saints of Newark. Directed by Alan Taylor and written by Chase, along with Lawrence Konner, the film would bump the brand into the future by pointing to the past — revealing the backstories of Chase’s original Sopranos characters. In theory, the premise appears promising. But does the execution live up to the expectation?

The Saints does succeed on certain levels. By taking a couple of steps backward, it does moves the story forward — keeping the narrative fresh and introducing new characters while protecting the integrity of the longtime characters. But gauging the film’s full effectiveness requires it to step up and own its true identity. Is it a one-time tale, or the beginning of an all-new big-screen franchise?

Playing out during the racially turbulent ’60s and then grooving into the shag-covered ’70s, The Saints is somewhat solid as a one-time tale. But be sure, the story focuses much more on Richard “Dickie” Moltisanti than on his young nephew, Tony Soprano. And unless the viewer is familiar with the TV series on the front end, some inside references might be missed. The array of new characters provide most of the heavy lifting, while some of the best-known, much-loved wise guys from the small screen take a backseat — glossed over with only the occasional use of first names and signature mannerisms — as if everyone is expected to know who’s who. These observations aren’t deal-breakers, but they are worth noting.

However, if the film actually is marking the beginning of an all-new big-screen franchise, then The Saints stands significantly taller. On TV, Dickie Moltisanti is only mentioned randomly and Tony Soprano steals most of the oxygen. But by flipping the script, a fresh character can drive the story while the young Soprano character can develop gradually as the film franchise forges ahead. And by only offering glimpses of the established Soprano crew, they too are provided with the opportunity to evolve over time.

The cast is superb. Alessandro Nivola gives a shiny performance as Dickie Moltisanti, although his dapper Don Draper allure can at times make him seem less than threatening. Ray Liotta is (as always) an intimidating presence in his Bewitched-style dual roles as Aldo “Hollywood Dick” Moltisanti and twin brother Sal “Sally” Moltisanti. Jon Bernthal is impressive in his rather limited screen time as Tony’s father, Giovanni “Johnny Boy” Soprano. Vera Farmiga is completely convincing as Tony’s “troubled” mother, Livia Soprano, as is Corey Stoll in his portrayal of Johnny Boy’s brother, Corrado “Junior” Soprano Jr. Leslie Odom Jr. provides palpable tension to the tale in his role as rising Soprano family rival, Harold McBrayer — just how valuable that is can only be measured if prequel sequels are, in fact, coming down the pike. Michela De Rossi is as exciting to watch as she is to ogle over. However, her character, Giuseppina Bruno, is no less flawed than the film’s less fetching family members. Still in his teens during the film’s production, Michael Gandolfini delivers decently as teenage Tony, and it will be interesting to see how his chops develop in future films.

On its own, The Many Saints of Newark is a reasonably entertaining effort. But the story leaves too many (seemingly intentional) loose ends to remain inert. Maybe the movie itself is unaware of its true identity. Perhaps that will be determined only by the box office. But based on initial receipts — I dunno, Tone. It don’t look too good. Some fans may have been surprised by the less than stellar 7/10 Rotten Tomatoes rating. After taking in three screenings during opening weekend, I would concur with those critics. 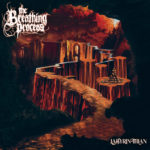 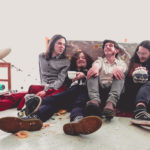