To be honest, before I’d even hit play on Labyrinthian, the new album from US blackened death metal crew The Breathing Process, I’d seen the label Unique Leader and had mentally prepared myself to finish this record feeling like I’d been hit by a truck. By the end, how The Breathing Process actually left me feeling was more akin to someone taking a sledgehammer to every single one of my senses.

Hurtling into “Terminal,” the mix of blast-filled death metal, dramatic breaks and black metal fury is truly epic. Lurching between relentless blasts of filthy deathcore and slower, more morbid passages, Labyrinthian is an album that takes you on a real journey. “Shadow Self” starts off with some epic symphonies before pushing you straight into a melting pot of symphonic metal, black metal and deathcore. Where many bands have tried this formula and failed miserably, as “A Savage Plea” sees the East Coast sextet carve their symphonic savagery into your head, it’s hard to deny that The Breathing Process are absolute masters of the genre.

At seven minutes long, “I Sleep, I Wake” is as dramatic as the title would indicate as an early onslaught of furious blackened death metal gives way to those dramatic symphonies before the band kick it up a gear or two again and, quite frankly, all hell breaks loose. Contained within these seven minutes is every weapon The Breathing Process has within their impressive armoury and, as the song heads towards a harsh climax, you’re left wondering how they’re going to follow that.

Setting up the final four tracks on the record, “Heir To None” and the furious “Shroud” pummel away to an unrelenting beat while “Atlas” sees the band returning to that mix of spine-tingling symphonies amongst and harsh black metal ferocity. That just leaves the magnificent “We, The Drowned” to wrap up this masterful display of symphonic blackened death metal and, as expected, the sextet doesn’t disappoint with another epic seven-minute piece of work.

A dramatic end to an album that is simply stunning on every level, “We, The Drowned,” like the earlier seven-minute epic, “A Savage Plea,” wraps everything fantastic about this group into one glorious conclusion. 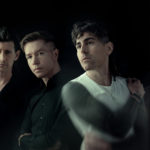 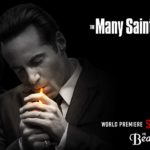