The majority of people out there think that once you’re a reality TV star success story, life is handed to you on a plate. However, in the case of Irish songwriter Janet Devlin, the path following her success on X-Factor in 2011 couldn’t have been rockier. Documenting her addiction and mental health issues in the stunning book/album Confessional, it was going to be interesting to see how these personal songs would hit home in the intimate surroundings of some of the venues on this short run of dates.

Janet arrives in Leeds for her show at the Brudenell Social Club and, as soon as she strides confidently out onto the stage grinning from ear-to-ear, and into the energetic title track of the album, it’s very apparent that Janet Devlin, the 2021 version, is a much happier person in a much happier mental state. A sultry version of “Kiss” raises the temperature in the room while tracks like “House Of Cards” are sensational. 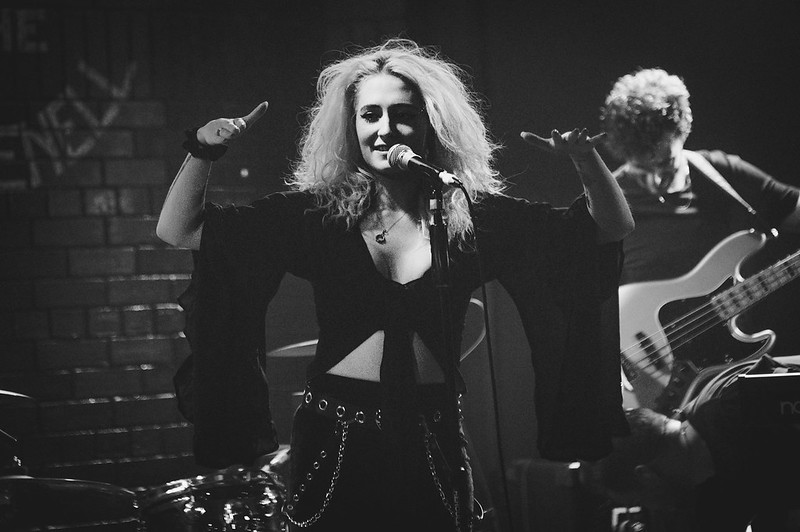 Issuing a warning to all the men in the audience early on in the set that they were not to take “her songs too personally,” the Irish singer also warned that there would be plenty of audience interaction throughout the show. This interaction came in the form of the audience “confessing” to their sins prior to the gig and Janet reading out a selection of replies at various interludes in the show. Raising a few laughs and a few gasps, it was certainly a novel idea running along with the theme of the album.

In some ways, it has to be said that it is sad to see somebody of such talent playing in venues of this size but, on the other hand, the intimate nature of her material lends itself to rooms like these where it felt like these were intimate conversations being shared amongst friends. Hearing Janet issuing her own confessions through the likes of “I Lied To You,” you just came away feeling like you had witnessed one of the UK’s brightest stars continue the healing process on a troubled few years.