If you dust off your old record/CD collection, we think it’s pretty likely you’ll find an album called Kill ‘Em All. Well, we’ve got another album of that exact same name to add to said collection that’s only real similarity is in its title. Indie punk band Goof is ready to drop a bomb on you with the release of their spirited new record Kill ‘Em All on September 24th. Also acting as the group’s debut full-length, the album features a mix of 2000s indie rock and that classic, powerful, and unmistakable punk rock energy innovated by acts such as The Sex Pistols.

The album title is not just an ode to their influences such as Metallica, but it’s also an acknowledgement of their roots coming up in San Francisco, which has obviously been Metallica’s home city for most of their tenure as the world’s biggest metal band. Along with the full-fledged intensity of the music, Kill ‘Em All features plenty of bold social commentary, touching on the more sarcastic side of society.

“The album is a tribute to the music of the past that we love and the sounds that will shape our future music. In many ways it’s my attempt to remind people that pop music is not just a genre but a collection of the top or popular songs from across all genres. To me it used to be traditional songs with new sounds provided by the artists and now pop music comes off as manufactured and controlled by a select few Swedish songwriters.

“The title Kill ‘Em All is both a less than subtle nod to Metallica as well as being about killing all the negative things about yourself so you can evolve into the person you always want to be your best self. I was always a musician when I was a teenager but I stopped for some time while I battled drug addiction. I still didn’t make art but I came back to America because I knew I couldn’t get what I wanted in Egypt because of how little opportunity there is for complete freedom.

“When I came to San Francisco I worked in sales and fundraising and did pretty well but I didn’t feel happy at all. So I quit my job and instead of buying Bitcoin like a friend of mine suggested I bought an electric guitar and amp and here we are. We’re putting out a killer album that I am proud of. It’s been challenging but at least I’m happy and I make music with one of my best friends so I’d say I made the right decision. It’s what I’ve wanted to do since I was 7.”

Along with Elsayed, Goof also includes bassist Ryan Bahm and drummer Taylor Martin. Thematically, Kill ‘Em All recounts Elsayed’s transition from his homeland of Egypt to his adopted home in San Francisco, and the drive within him to achieve happiness through songwriting. Stylistically, you’ll notice a lot of distorted buzzsaw guitars, melodic basslines, and profound lyrics. Growing up, Ahmed was exposed to a lot of Egyptian music which influenced him to write lyrics about more serious, real-life issues. They have asserted themselves as a mainstay of the Bay Area live music scene, opening for Agent Orange and The Avengers. With a lot of unwanted time off due to the pandemic-related lockdowns, Goof is ready to go, armed with a lot of repressed energy dying to be released. 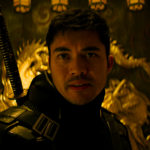 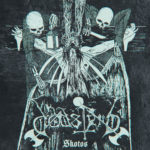