22-year-old Toronto, Ontario-based R&B artist Aqyila (pronounced ak-ee-lah) has, today, not only unveiled the video for her smash hit “Vibe For Me” but she’s also confirmed her signing with Sony Music Entertainment Canada.

Originally writing songs and singing covers, in 2020, according to a recent press release, “…inspired by a beat, she started singing about a bob shaped wig for fun on TikTok, titled ‘Bob For Me,’ which ultimately took off and now boasts over 20 million views on the popular video-making app.”

She comments, “I was shocked. I was singing about a wig for fun. I wasn’t doing anything crazy or outrageous to go viral. I was just being myself. I didn’t expect anything. So, it was a really great feeling.”

The Kevin Lien-directed “Vibe For Me” music video highlights the artist’s bright and charming charisma, plus the all-female cast compliments the single’s message of “positivity, female-empowerment, and self-love.” Aqyila’s going nowhere but up, so check out the new video and start following the artist for updates. 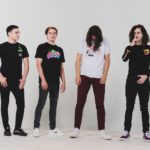 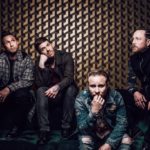