Listening to albums like Cause And Affect by London-raised, LA-based punk rockers Soldiers Of Destruction restores one’s faith in the punk rock scene. Jamming these fourteen gob-splattered tunes makes one realize that there is still fight in the old dog yet and that the pop-punk onslaught hasn’t quite killed it off.

Cause And Effect is what those of us of a certain age would call proper punk rock. Formed in the London punk scene in 1981, it’s taken Soldiers Of Destruction thirty years to get their shit together and put out a record and that recording is everything you could want from four blokes who live and breathe this lifestyle. From the violent artwork to the anti-everything attitude seeping out of the grooves of this album, Cause And Affect is the kind of release your parents would have hated back in 1981.

Epitomized by the brilliantly morbid “End Of A Rope,” each track is three or so minutes of grubby, frustrated rage. Before the band batter through that track though, the album opens with the ferocious “Anti-Them,” a furious outburst that sets the tone for the rest of this aggressive collection.

“Kilmister” is a wonderfully chaotic tribute to a rock ‘n’ roll legend who needs no introduction while the unhinged “Amphetamines” and the bleak “Also Gazes” see the four punk rockers joined by Queens of the Stone Age rocker Nick Oliveri. The album goes out all guns blazing and all middle fingers raised as the Soldiers sign off with the superb “Symphony Of War.” An expletive-filled closer, the two-minute onslaught leaves listeners with the line “fuck off, I don’t need you” ringing around your ears as these four longtime friends make damn sure that, no matter how hard pop-punk tries, true punk rock will never die.

Cause And Affect Track Listing: 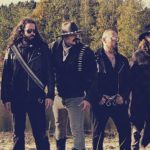 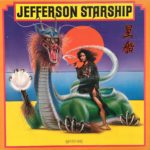