The title says it all: the dutch band Rockford has signed a multi-album deal with Grunge Pop Records. The trio is working on new music and their lead single (and video), “Shade,” is set for release on July 29th.

According to a recent press release, “Rockford is everything a rock band should be. Borrowing heavily from Seattle grunge legends Soundgarden, Pearl Jam, and Alice In Chains, this three-piece from the rainy and damp lowlands town of Klundert, Netherlands is a step forward for heavy, grinding, slow-riffing detuned Stoner rock that’s as Pop as The Beatles. One listen to their songs and you’ll be singing their lyrics unknowingly.”

The band is led by guitarist and vocalist Niels Schmitz whose birthplace, USA, Rockford, is from where the band’s namesake comes. Schmitz helped to record the band’s upcoming debut, Broken Records, with Patrick Delabie at his Recording Studio 195 in Wernhout, Netherlands on analog tape.

As for the label, well, Grunge Pop Records unveils itself on July 15th and will focus on and deliver musical goodies for anyone who misses the Seattle grunge sound of the late ’80s and early ’90s. 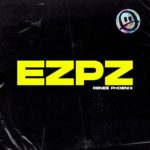 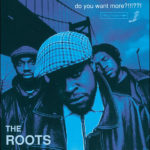