We may be living in a model society, but that doesn’t mean it’s anything resembling a model society. Deaf Radio draws attention to the deficiencies of our technologically advanced, post-modern society in their latest single “Model Society.” The Greek rockers have also released an accompanying music video for the song, a laser intensive affair that perfectly fits with the electronic undertones of the group.

“Model Society” is a modern commentary on digital addiction and the lack of human touch that is a byproduct of it all. Our whole existence has become so controlled by our reliance on technology that it has become inescapable. There’s a heavy helping of pure rock energy at work here, but the song is really fueled by its classic alternative synths, in the mould of Depeche Mode.

Commenting on their new video and themes therein, the band stated, “Reflecting on 21st-century phobias and the lack of human touch, ‘Model Society’ is what kept us sane through a pandemic. It came naturally as, being when locked indoors, we had to slightly shift away from the analog sound and experiment with digital elements. What we ended up with and are presenting to you today, is a hybrid of energetic rock and new wave.”

The release of “Model Society” and the music video is all a prelude to the release of Deaf Radio’s third studio album, coming at you very soon. It will be the follow-up to Modern Panic, released in November 2019, an album that widely impressed with its sprawling, cinematic style. The band has become well regarded in their hometown of Athens, Greece since forming in 2015 for their post-modern sound. They have won over fans the old-fashioned way, on the road, touring across Europe, and taking advantage of the opportunity to play with bands such as The Killers, The Kills, and All Them Witches.

With the band grounded over the last year, they took advantage of the downtime by reworking some of their songs, stripping them down, reinventing them, and performing them live online as part of their Reworked Sessions. With their new album set to be finished soon, Deaf Radio will be ready to deliver only their best, live and in-person when the time finally comes. 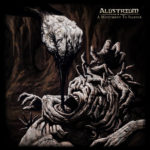 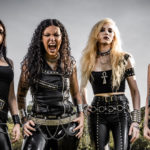