From the very first rock-solid riffs of the title track of We Are The Dragon, Cvlt Ov The Svn’s value proposition becomes crystal clear: occult rock with more than a touch of gothic melodrama. While obvious associations can be drawn to a camp(er) version of Tribulation or Deathstars, the pop sensibilities demonstrated by this Finnish outfit in their straightforward song structures more accurately recall a less theatrical version of Lordi.

To be fair, there is still plenty of theatre in the masks, robes and other assets employed in “Luna in the Sky Forever.”

And that’s something of a shame: Lordi’s over-the-top gimmicks and shtick make his B-grade-horror-meets-power-metal hybrid entertaining, whereas Cvlt Ov The Svn’s over-zealous attempt at shock rock lacks conviction and as a result becomes monotonous. “I’m gonna find out,” for example, reads more like an online stalker than a serious predator in its quasi-threatening arrogance. Perhaps it’s the glam overtones of the musical styling, perhaps it’s the ego-driven machismo, but the overall effect somewhat spoils what is otherwise really well performed, solid rock ‘n roll.

The obvious visual metaphors in “My Venom” add fuel to the machismo argument.

Discounting all that, however, does leave some interesting notes: while “Hellbound” enjoys the most fun presence on the record, approaching a psychobilly groove in places, it is the measured pace of the album closer, “Another Infinity” that really shines. The doom-ier element this downtempo crawler employs adds more menace, resulting in a far more convincing expression of musical malevolence than, for example, the breakneck riffing (and deservedly age-restricted video) of “Twilight.”

In terms of pure musical interest, though, the novelty prize goes to “The Pit,” hands down: the samples spliced into the rhythm are intriguing and more than a little unsettling – again, adding back some of the darkness We Are The Dragon is sadly missing out on.

The bizarre papier-maché masks in the music video enhance the creep factor.

In sum, We Are The Dragon is a good, easy listen – but it could be so much more. Excellent musicianship, gravelly vocals, the perfect themes… but spoiled by swagger. The best thing Cvlt Ov The Svn can do is stop taking themselves so seriously, and have a bit more fun with the source material – like the aforementioned Lordi, or even Ghost so successfully manage.

We Are The Dragon Track Listing: 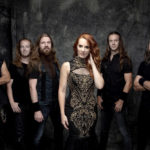 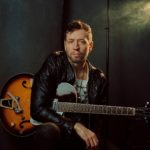