Now we all know that if an album has the Unique Leader stamp of approval on the back of it, you’re in for thirty to forty minutes of the musical equivalent to getting your head stamped on. It’s something the label and their acts are very good at delivering but, occasionally, they like to mix things up a bit, which is exactly what they’ve done with A Hill To Die Upon, the third album from German epic death metal troop, Mental Cruelty.

Following on from 2019’s offering, Inferis, this collection sees the Germans exploring a wider landscape than that of their previous offering which rarely diverted from its more traditional deathcore path. While their Inferis disc saw them dabble in symphonies, to compare this to their often criticized second album would be doing both albums an injustice. However, even before the last strains of the introduction track “Avgang” have bled into the hellish blasts of opener “Ultima Hypocrita,” there is no hiding the fact that the rest of A Hill To Die Upon is going to be a suitably epic affair.

However, where the Germans took a route one approach to their heaviness on their previous effort, this time around they mix things up superbly. Yes, tracks like “Abadon,” “King Ov Fire” and “Death Worship” still have a solid backbone of unrelenting blast beats, filthy deathcore vocals and nasty breakdowns, but the Germans beef it out with some soaring symphonies and some truly hateful black metal ferocity.

When the whole lot collides, as it does on the gargantuan “Extermination Campaign,” the end result is phenomenal and sets things up nicely for what you hope is going to be a suitably massive finale. Thankfully, Mental Cruelty doesn’t disappoint as they end what has been a scathing return to form with the seven-minute masterpiece “The Left Hand Path.” Easing you gently into the track, the record’s cap sees the band unleash every weapon in their armoury to bring this album to a dramatic, thunderous conclusion.

A Hill To Die Upon Track Listing: 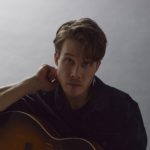 Andreas Moe Unveils His Highly-Anticipated Pandemic EP, ‘All Our Worries Are Poems – Pt.1’ 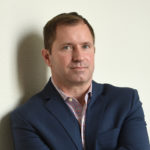