Taking inspiration from progressive rock and metal giants like Tool and Gojira, Cambridgeshire quintet Akkadian put their own twist on modern metal as can be heard on the current single, “Agenda.” Sharing a fascination with inter-dimensional space travel and ancient history (their moniker itself being derived from the Mesopotamian Empire), we thought we’d get the band to pick some of the periods in time they would travel to if they could.

1. “I think I would choose to go back in time to 250 BC and visit Alexandria, Egypt. This was supposedly the time when the Great Library of Alexandria was said to be in full operation. The city itself was also described to be bursting with art, live performances, science, mathematics, and literature at this time too. So to be able to travel back and witness humanity at this stage, in addition to having access to the thousands of years worth of ancient scripture and texts that were all lost in its horrific fire a few years later, I think would be deeply enlightening.”

2. “I would choose to travel back to the late 1960s/early 1970s to witness what I consider to be the greatest era of music. I would watch as many live acts as possible, such as The Doors, The Stooges, The Velvet Underground, Jefferson Airplane, Led Zeppelin, The Rolling Stones, Pink Floyd, Jimi Hendrix, and David Bowie; the list is endless! Just to be surrounded by the shared excitement and aura of each artist in their prime would be a life-altering experience.”

3. “The Age of Discovery, 1500s, new locations and scientific discoveries found on an unprecedented scale. Must have been incredible to witness and awe-inspiring. I would like to think I’d contribute in some way during that time.”

4. “1920s, The Jazz Age, the emergence of new music and in particular, Jazz is really a cool time period I think. People looked sharp and the music emerged in parallel with that. I would probably want to be a musician at that time and it would be awesome.”

5. “Day on the Green, Oakland, August, 31st, to watch Cliff Burton playing his amazing bass solo live! This solo is the reason I picked up the bass guitar and felt like it’s a magical instrument. Therefore it would be like a dream come true to watch it happening in front of my eyes!”

6. “The only other thing really I would like to do is to travel to the future, where a cancer cure was found, and then travel back in time and save my father plus all the people that died from this bastard disease.”

7. “I’d like to go back to the ‘90s to see some of my favourite old school metal bands at their peak. Especially Pantera, as it is a big influence on me!”

8. “Another great time for music and culture in general, especially in France, would be the 1920s. This era was the cradle of so many influential artists from architecture and painting to cinema and music… The ‘années folles’ must have been such a boom of cultural novelty that witnessing it would be extremely cool.”

9. “I would travel back to see the Pyramids of Giza in their final stages of construction. Being able to see them in an entire pristine condition would certainly be a sight to see!”

10. “To travel a few thousand years into the future. Seeing how different a day-to-day life would be and looking at how things such as technology, knowledge, and even how music has evolved. Would it be anything like we imagine it would be now?” 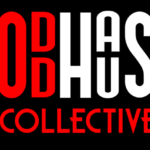