Ambitious, transcendent, boundless. These are but a few words you could use to describe the new collaborative EP, The Sounds From The Shadow Factory. Just released on February 19th via Blind Owl Records, each of the EP’s five songs is the musical interpretation of a poem from musician, writer, and author Noah Lekas’ book Saturday Night Sage. Each track was composed by a different artist and features Lekas on lead vocals. Released last year on Record Store Day, the book is composed of poetry and narrative prose, all penned by Lekas. Since its release, Saturday Night Sage has received rave reviews, with it garnering comparisons to some of poetry’s and modern music’s greatest legends, including Bob Dylan, Patti Smith, Nick Cave, Jack Kerouac, and Charles Bukowski.

A groundbreaking work of art, Saturday Night Sage covers a blue-collar mystic who is searching for God and his place in modern culture. A spiritual journeyman, he treks his way through Eastern philosophy, Western theology, and the highways and factories of the American Midwest looking for meaning and affirmation. An important work that comes at an important time, the book examines the repetitive, yet unstable duality of Midwestern life. Its title poem, “Saturday Night Sage,” has been adapted by the Bay Area psych legends Howlin’ Rain that really captures the exploratory element inherent in the poem.

With such a challenging, innovative, and avant-garde piece of work, we were interested in catching up with Lekas to find out more about Saturday Night Sage. This is why Lekas is joining us today for a special track-by-track look at the EP where he has offered us insight into each track, its development, and of course, the end result.

“The only track of the release constructed as a sonic pseudo-cut-up, Saturday Night Sage is a very linear and narrative poem set against an improvisational piece of neo-psych rhythm & blues. Chronicling an explosive long night of the soul, the piece explodes out of the bottom of a lowball glass and into the cisterns, skylines, and rusted factories of mystic America. Blind Owl/ Howlin’ Rain guitarist Dan Cervantes grabbed hold of a Howlin’ Rain jam session and began cutting up the track, constructing, overdubbing, and editing together a sonic runway for the poem. It was the last piece finished for the EP, and the only one to use cut-up audio. The recorded Saturday Night Sage’ is a different thing than the written poem, but like Alan’s cover art, has really become the perfect expression of it.”

“For every piece on Sounds of the Shadow Factory, the approach was to give a copy of the poem to the musicians involved and let them run wild with it, giving the musician’s more ownership of the track by letting go of the orchestration. We wanted to create something that felt as musical as it did literary. For ‘The Word,’ Chad Lee showed up with this concept of Birdman meets a Beatnik bongo party, and I think that’s exactly what we got. Recorded live in studio, with the percussion and lyric playing off each other in real time, ‘The Word’ careens into the frontierism of American literature as the Sage fails to reconcile modernity, exploration and identity.”

“The original inspiration for this poem came from Second Nature no. 8, a painting by my good friend Donald Groscost. The image immediately sparked the memory of a torrential summer storm in downtown Racine. I just finished playing an outdoor gig when a horizontal funnel cloud literally steamrolled across the sky and out over Lake Michigan. The apocalyptic image only lasted a moment, but served as a bottom end for the Sage to fall out of. The music came together in seconds, Ben Ambrosini and Chad Lee tapped into the industrial rhythm of commuter trains and delivery trucks, supercharging the piece with the raw power of a neo-punk motorcade. The blues, for The Sage, is more than an aesthetic, and Ben and Chad drilled into the ether and pulled back a sample of that reality.”

“Mrs. Henry and I cut ‘Out of the Storm Drains’ live in the studio with Director Scott D. Rosenbaum on the scene. As a result, it might be the most performative of the collection. An unapologetic nod to the beat and punk poets who captured my early attention, the track examines the intersection of artistic mediums while acknowledging that poetry becomes something different when it’s read out loud. Reportedly Kerouac was bummed that people were more interested in his image than his work, and this piece walks that same line between image, idolatry, and the work of writing. Freedom is in the collaboration. Mrs. Henry brought the psych-blues backbeat, reaching into the improvisational spirit of jazz without ever crossing the genre threshold. ‘Storm Drains’ is dedicated to Patti Smith and Jack Kerouac, both in image and in work, since it was their voices that ‘read it aloud’ as I wrote it.”

5. “We Got a Problem with Groundwater”

“Another poem that started with a Donald Groscost painting, the piece was inspired by Second Nature no 4. The Second Nature collection deals with changing perceptions of nature and this poem is the most explicitly in-line with that idea. The Rust Belt has no shortage of water issues and post-industrial refuse. The wreckage is both environmental and emotion. Ben Ambrosini walked into the studio with the guitar part. More soundscape than song, Ben really captured the internal dilemma at the heart of the piece. We all deal with a sense of obligation, what ‘people like us’ are supposed to become according to our place, personality, and predisposition. For the Sage, it’s social, spiritual and self-imposed, but he ain’t going down without a fight.” 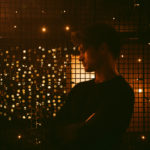 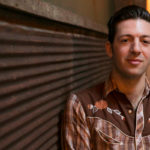 Behind the Video: Seth Kessel Details the Making of His “Let That Train Roll By” Music Video