Stepping back into the role he made famous over seven seasons of Star Trek – The Next Generation, Patrick Stewart returns to the franchise as lead character Jean-Luc Picard and executive producer. Star Trek: Picard is mostly set 14 years after Captain Jean-Luc Picard resigned from Starfleet, although numerous flashbacks over season one’s ten episodes fill in all of the needed backstory.

Currently residing in a vineyard in France, Picard has agreed to his first on-camera interview around the anniversary of a supernova that crippled the Romulan Empire. It’s been a decade since Admiral Picard retired from Starfleet, but Picard had initially only resigned his Enterprise’s captaincy to rally a Romulan rescue mission. Starfleet pulled out of the entire rescue operation when rogue synthetics attacked the fleet and the Utopia Planitia outpost set up on Mars. Synthetics were then subsequently banned.

With Star Trek Discovery and Picard, CBS has fully returned to the Star Trek universe by revitalizing two of its most popular timelines. Picard is set two decades following the final The Next Generation film Nemesis, giving us a rogue Admiral Picard on a last adventure to save a species from annihilation before his own time runs out. Picard sets out on this new adventure that brings back a few returning characters (Data, Riker, and Seven of Nine) and introduces a whole new crew. Co-creators Alex Kurtzman, Kirsten Beyer, Pulitzer Prize-winning author Michael Chabon, and Academy Award winner Akiva Goldsman (A Beautiful Mind) are the showrunners behind the series.

Picard sets off on an unsanctioned mission to find a woman named Soji (Isa Briones), recruiting the help of a rogue ex-Starfleet officer, Rios (Santiago Cabrera), and his ship La Sirena. Picard is joined by an estranged old friend Raffi (Michelle Hurd), along with Agnes Jurati (Alison Pill), the world’s foremost expert on synthetics.

The series manages to please on many levels, offering a narrative that pulls from numerous components from decades of established Star Trek canon. Mostly Picard draws from The Next Generation canon, for obvious reasons. Throughout the show, what resonates most is a running theme of mortality and consequences, most of which stem from Picard’s decision to leave Starfleet and “live” on a French vineyard. There’s a depth of character development in Picard that works a bit differently than previous Trek shows. I believe this is due mostly to focusing on the characters with a background tapestry of science fiction. I always felt that TNG was a science fiction show with a background tapestry of character development. The new and returning characters in Picard shine with rich characterization. The returning cast members showcase relevant growth in their respective storylines, illustrating where they wound up during Picard’s vineyard years.

For viewers who have not watched Picard yet, go to the special features on Disc One and watch the included Short Treks episode “Children of Mars” first. “Children of Mars” was filmed before the Picard series, and it effectively leads directly into the series.

The following special features are included on the Picard Steelbook; all are presented at a resolution of 1080p with clear picture definition and impressive sound: 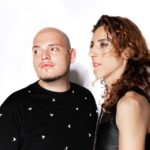 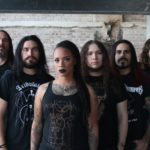 In Conversation with Oceans of Slumber: Dobber Beverly on Influences, Instrumentals and Inspirations (Part 2)