The first thing you notice about the sophomore full-length from UK’s death metal quartet, Foetal Juice is the sharp yet horrid-sounding production. With their previous releases and powerful live shows, the band made it very clear that they aren’t meant to be taken lightly. Upon hearing this record’s first track, I was immediately introduced to a nasty slab of death grind that reeks of Cannibal Corpse and Napalm Death, but mostly the likes of early Carcass. (Although, judging by the song titles, I was expecting it to be even nastier than it actually is.)

The opener, “Take Your Face for a Shit,” is a bludgeoning force of old-school death metal. The unrelenting and punishing sound of this song is then carried out throughout the entire album, and the track “Metamorphosis” even takes the old-school worship to a whole new level. It is one of the album’s best songs with rapid riff changes, drumlines, and is the gateway to heavier-sounding tracks. From there, the release’s intensity and unforgiving aggression increase gradually with each track—“Carnage” and “Gluttony” being the most fiercely violent of these. There is also a grindcore flavour throughout the album, but it’s not like you’ll get past the death metal intensity Foetal Juice’s music has.

The band switches between death metal, grindcore, and black metal in a very effective way. The change of vocalist has turned out to be an improving factor and he’s done a fantastic job by switching between gurgling growls and piercing shrieks layered heavily into the mix which compliments the other instruments and doesn’t make the songs sound monotonous. The manic riffs and the groovy bass also work well together. The drum work is done very well. Making it sound like a blunt mallet hitting the skull, turning it into a mush. One of the most notable things about the record is the grove provided by the bass tone and the drums.

Overall, the uncompromising offering, Gluttony, is a very fun listen. Its distinct production and frenzied guitar work make it easy to pick out from other death metal releases, and has the full potential for being the best death metal offering of the year. If you are a fan of old school death metal, you should already be checking this out. 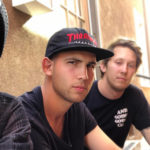 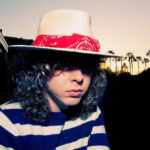