Waterloo, Ontario-based musician Kyle Taylor, known for his work in with power pop band Death Party Playground, has shared a live video for his solo acoustic performance of the single “Still Memories” shot at LA’s The Mint in 2019.

Commenting on the news and video, Taylor shares, “I had the video in the vault, saving it for a rainy day, and we’ve had a few of them now. I hadn’t seen the performance since it was made, and the fresh eyes on it made me nostalgic for my time in L.A. and all the good things that have happened to me since then. ‘Still Memories’ is, among a few things, about appreciating what you had, and we’re all feeling a bit of that right now. I just thought it was time.”

Death Party Playground’s latest release, Little Joy, dropped in January and can be purchased via Bandcamp. 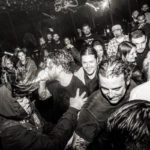 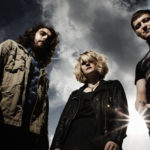