Leipzig, Germany-based pianist, composer and sound designer Philipp Rumsch is set to release a new ten-track album entitled µ: of anxiety x discernment on April 24th via Denovali. The recent news is now accompanied by the lead single “d4,” and loads of details such as the track listing and cover artwork created with Berlin designer Andi Rueckel can be found below. For this studio recording, Rumsch actually founded his own ensemble of award-winning and recognized artists so as to, “transfer the musical language of ambient, minimal and avant-pop into an orchestral format.”

According to a recent press release, “Philipp uses µ: of anxiety x discernment to deal with concepts surrounding angst. Based on his own research, observations and interviews, Rumsch has developed a multi-dimensional picture of this complex emotional state looking at individual experiences in order to explore a collective perception of this phenomena. This anxiety and paranoia can be felt deeply within the beat infused electronics of µ: of anxiety x discernment and with the merger of cinematic neo-classical and more glitch-laden synth-work, an atmosphere is crafted that’s somewhere between the sinister and the enchanting. An album split in the middle, which consists abstractly of two mirror-inverted pieces, allows us to view these from different angles.” 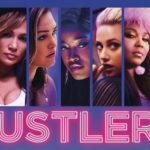 CineMusic: The Music, and Lead, that Made ‘Hustlers’ a New Classic 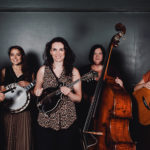