Within a year which featured movie moments that included Rick Dalton (played by Leo DiCaprio) melting down in a set trailer in Once Upon a Time… in Hollywood, the mind-fuckery in Midsommar ending with Florence Pugh’s character literally sending her boyfriend to be burned alive, and of course “Jess-i-ca, only-child, Ill-in-ois, Chicago” scene-stealing in Parasite, there was a scene that stood out above the rest, one that I immediately pinned to the centre of the vision board in my mind, and it came from Lorene Scafaria’s Hustlers (2019).

Approximately five minutes into Hustlers, we meet Ramona, an experienced stripper, played by Jennifer Lopez. Ramona appears on stage in a glittery barely-there outfit, lucite pole heels and matching captain’s hat. Fiona Apple’s career-defining hit “Criminal” starts, and with it, Ramona. She dances, making eye contact with the crowd – a gaggle of suits, eager and drooling – as Apple sings “I’ve been a bad bad girl/ I’ve been careless with a delicate man.” Ramona works the pole tactfully, as more money than she could collect is tossed onto the stage. She works the bros, in between acrobatic moves, motorboating, and smiling, to whooping sounds, eventually launching herself into piles of money before exiting the stage. As she walks off, with cash in her arms, Ramona says to fellow dancer, Destiny, “doesn’t money make you horny?”. End scene. The power! The significance! J thee Lo!

The use of “Criminal” feels distinctly emotional. Equal parts sexy and feminist, it solidifies something we suspect from the start but could only be made clear by Ramona: this film is taking place in a Woman’s world, and right now, these women can indeed have it all. I am hooked.

“Criminal” is the fourth track off of Fiona Apple’s debut album, Tidal, released in 1996 – 11 years before Ramona’s performance, which is set in 2007. Apple once described the song as “a description of feeling bad for getting something so easily by using your sexuality.” It’s almost as if she clairvoyantly wrote it for Hustlers. In 2007, the Billboard chart-toppers included “Umbrella” by Rihanna, “The Sweet Escape” by Gwen Stefani and Akon, “Buy U a Drank (Shawty Snappin’)” by T-Pain and Yung Joc, Soulja Boy’s “Crank That (Soulja Boy)” and “My Love” by Justin Timberlake. All of which would have been acceptable options for Ramona’s entrance dance in any other film of the like. But not Scafaria’s Hustlers. In Hustlers, strategic choices about tackiness were made. While the cheesy glitz of 2007 is prevalent, it’s used in a specific way, namely non-peripherally.

As someone who started the year 2007 as an 18-year-old, there has been an underlying aspect that stuck with me about Ramona – her name. There’s a significance to a “stripper name” that goes beyond the “name of their first pet and street they grew up on.” It’s a safe zone to create a new identity, acting also as protective. As far as we know, Ramona is always only Ramona. I, like so many other women my age, grew up reading about the fictional, funny, hell-raiser Ramona Quimby in the Beverly Cleary books. To see Hustlers’ Ramona in this light is to see a little girl grown up, substituting worlds of whimsy.

Ramona (who we learn at one point was a ‘93 centrefold), like JLo, is a timeless classic. The music throughout Hustlers, when in relation to Ramona, reflects this. Various mercurial Chopin études are sprinkled throughout the film, typically in scenes where we are meant to view Ramona as the antihero. Starting with “Étude, No.1 in A Flat Major, Op.25” (L.H Thomas) which plays in the background while Ramona teaches newish-to-the-game dancer, Dorothy/Destiny, some moves on the pole. Destiny is eager to learn all that she can from Ramona in earnest. The budding BFF-ship is akin to young girls developing friendships, making me reminiscent of being a 12-year-old learning the breakdown dance sequence from the “Love Don’t Cost a Thing” (2000) music video with my own friends, in hopes of using the moves at a school dance.

The calibre of the majority of music choices featured in Hustlers feels necessarily “extra.” Beginning with a Janet Jackson voice-over saying “this is a story about control” on her track “Control” from the album Control (1986), gives us the film’s thesis from the top. I could speak at length about the use of “Gimme More” by Britney Spears, “Beautiful Girl” by Sean Kingston, Flo Rida and David Guetta’s “Can’t Handle Me”; Each excessively gaudy in their own right. Usher’s appearance, in what is described as “the last good night” pre-recession, in particular, exudes 2007. Usher (“Ursher, baby”) enters the club, while his “Love In This Club” plays, sending all the dancers into euphoria. Everyone is on stage, cash is abundant and as Destiny remembers “for one last moment everything was so glamorous and cool.” Bob Seger’s “Night Moves” is an obvious choice, and yet it works. Our leading ladies dance to Frankie Valli & the Four Seasons’ “Rag Doll,” which is an in-film reference, and still, it works. The second use of Frankie Valli (“Dawn”), however, was a little too on-the-nose for me, though.

Rounding off Ramona’s story is, the perfectly placed, “Royals” by Lorde. By this point, shit has gone down. The year is now 2013, we watch as Ramona, in a velour Juicy hoodie adorned with a bejewelled crown on the back, walks down a Nolita street to an ATM to make a withdrawal. The police form behind her, in-unison with sirens Lorde sings “and we’ll never be royals…” The police demand Ramona put her hands up and let go of the cash, as she does we see fresh twenties fly from her hands. I am obsessed with this pairing. “Royals,” from Lorde’s debut album Pure Heroin, was written as a light commentary slash mocking about decadence, feeling almost adjacent to “Jenny From the Block” (2002). It was also released in 2013 by a 17-year-old Lorde, meaning she was born the year Apple’s “Criminal” came out. There is a coming of age, on the cusp of womanhood heir associated with viewing this moment backed by “Royals,” as Ramona’s story as we know it comes full circle.

Hustlers is essentially a period piece about camaraderie following the Great Recession of 2008. From the music perspective alone there is so much to comment on. But, its JLo’s performance combined with the accompanying music choices that capture a specific essence that launched the film forward, taking it from fluff to iconic. 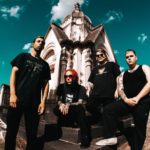 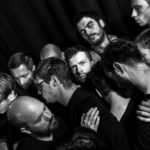