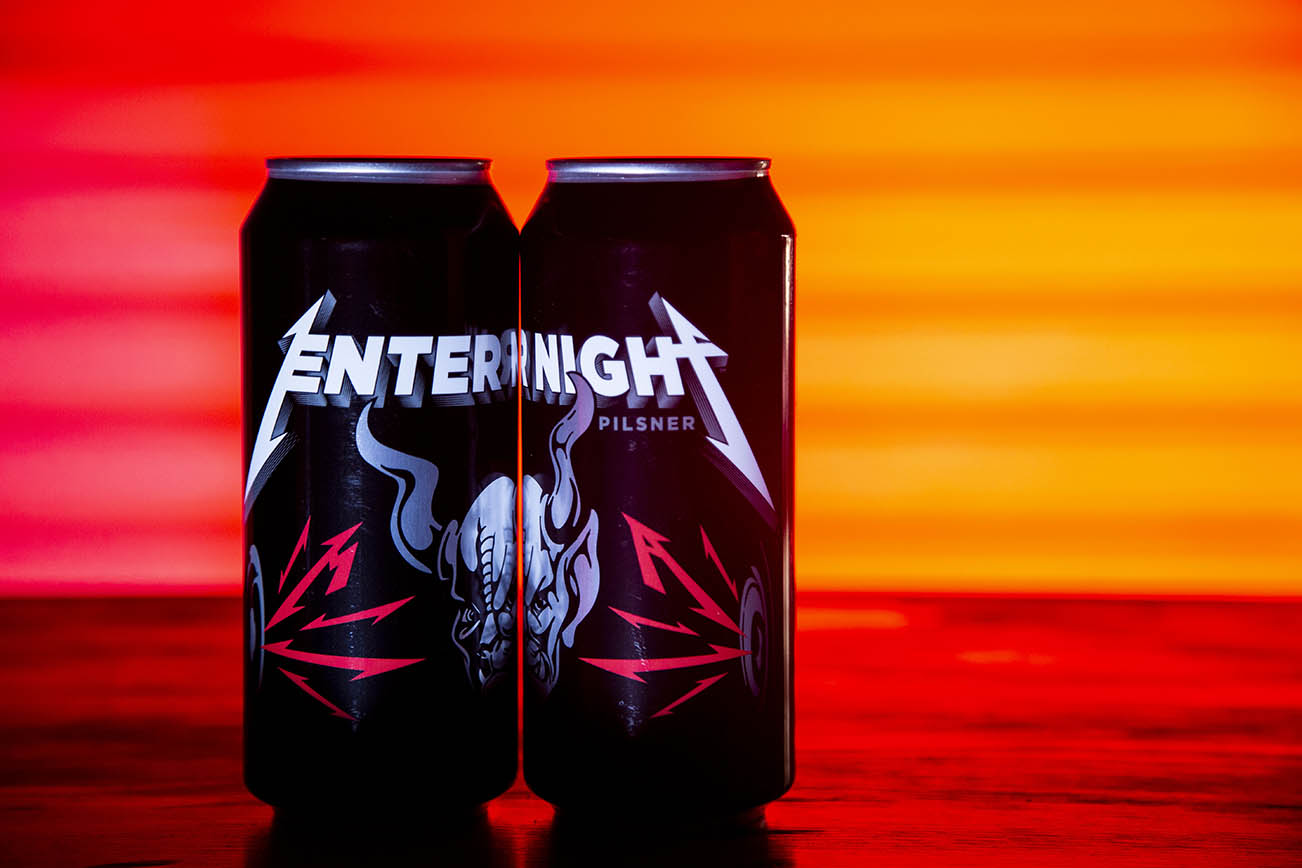 It seems that just about every band on the planet is getting into the beer/alcohol business these days and heavy metal heavyweights Metallica are no different. The band, in collaboration with Arrogant Consortia, Stone Brewing imprint, have released a traditional German pilsner, “That’s been warped with a distortion pedal to include overtones of aggression.” In beer speak: it’s hop forward with a bitter finish, registering at 5.7 percent ABV.

In a recent interview we conducted with Greg Koch, Stone Brewing’s co-founder, Koch noted that “The band is very hands-on…and they weighed in, ultimately selecting…the most aggressive, big character version of the beer.”

I recently had the opportunity to sample “Enter Night Pilsner”, and I must admit I was pleasantly surprised. Let me first say, that I am a self-proclaimed beer snob and pilsner is not usually my weapon of choice. However, as a massive fan of the band, how could I not partake?

Based on these photos along, Bruce clearly dug this beer… Is ya thirsty yet?

The package arrived in a three-can sampler box which, when opened, begins playing the song, “Enter Sandman”; I was stoked already! Inside the box, the cans are also very detailed and a fold out poster contains images and information about the brew within. With the excitement building, I chilled the cans and waited with baited breath, opening and closing the box repeatedly, much to my wife’s dismay. After what seemed like forever, but was in reality only about thirty minutes or so, I grabbed the first can, quickly popped the top, and poured it off into my eagerly waiting mug. Now the moment of truth…wait for it!

This beer is really good! It is crisp, refreshing, and delightfully hoppy, which, as it turns out, is the way I like my beer as well. I have indulged in other celebrity adult beverages over the years and, in my honest opinion, this is by far the best of the bunch. Not only is the beer top-notch, but the packaging and presentation are fantastic as well.

I highly suggest that all my fellow beer drinkers out there – 21 and over, of course, unless you’re in a country with a WAY more appropriate legal drinking age – give “Enter Night Pilsner” a shot. There is no gimmick here, just honest to goodness, solid-tasting beer.

Get all caught up with “The Story of Enter Night Pilsner.”