Senses Fail hit the road on route to 27 different cities, celebrating their 10th anniversary tour of Let It Enfold You. We had a chance to meet up with vocalist Buddy Nielsen and guitarist Matt Smith to talk about the anniversary tour and rumors of a new album.

So since you guys are celebrating your 10th anniversary of Let It Enfold You, what’s been the most memorable moment of your career?
Buddy: A bass player wanting to beat up our guitar player one time. A very epic argument. I don’t know why that’s the first thing that comes to mind. It was very startling. Maybe that’s why. It’s like watching your parents fight. Except your dad was going to beat the shit out of your mom and you were really scared for your mom. I don’t know, many other things come to mind but for some reason… That’s the first thing that came, it’s very memorable. Well, I yelled at someone and then it ignited a fight. It was a whole thing. So yeah, it’s the first thing that comes to mind.

With five studio albums, there are plenty of songs to choose from. How did you guys go composing your set list?
Buddy: We usually try to play the ones that everybody wants to hear.

Do you guys play the same set list every show or do you mix it up?
Buddy: We’re going to mix it up, but usually in the beginning of the tour we kind of keep it pretty similar. It’s just so we can get into a groove and get accustomed to playing again.

What song is most exciting and memorable to play live?
Buddy: Whatever song is new. Generally, there’s some old ones that are fun to play, but I think everyone gets more psyched, any band really, gets more psyched to play songs that are new. 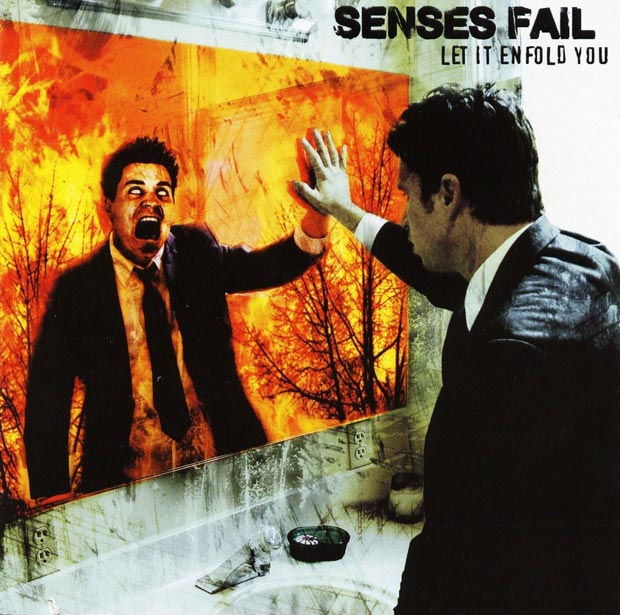 Matt: It was so fun!

What’s been your favorite city or venue to play?
Buddy: I really like playing Jerry’s Pizza in Bakersfield. I personally think it’s hilarious. It’s hilarious.

I’ve never been to that venue. What is it like?
Matt: Jerry’s Pizza? It’s literally the basement, it’s like being in here (Slims SF) but it’s 1,000 degrees.

Matt: It’s definitely kind of a legendary dump but it’s amazing. The kids there are insane.

What do you guys do in your spare time?
Buddy: Work.

Any odd jobs you guys have had?
Matt: I’m an accountant.

Buddy: I worked for a label for four years. I managed bands. I think everybody just has normal jobs when you go home.

You guys had your last album come out last year. Any details of a new album?
Buddy: Yeah, we’re writing one and we’re going to record in November. It’ll come out next Summer.

Do you guys have any tracks written already?
Matt: Pretty much the whole thing.

Alright, tell me about your weirdest fan interaction. I’m sure there’s quite a few of those.
Buddy: Somebody took a selfie, well, someone was videotaping a selfie of me on stage. It was really weird. I really didn’t like it. They had their phone turned around facing me. And it was me looking at myself and I was like, really? It was very weird, I didn’t like it. I wish people didn’t sit on their cellphones at shows but you know, hey, whatever. Whatever people want to do. They pay to come

What’s are you guys currently listening too or enjoying?
Buddy: We listen to country, pop country the last couple days.

Buddy: I think that band Issues is good. I think some people would say that’s a guilty pleasure but I think it’s pretty good.

My last question is and it’s something not music related but what’s your drink of choice?
Buddy: Diet Coke.

Awesome. Well I’m really looking forward to your guys’ set. Thanks for sitting down and talking with me. This has been totally awesome.
Buddy: Yeah, thank you. Appreciate it.

Check out the song “They’re Coming To Take Me Away, Ha-Haaa!” 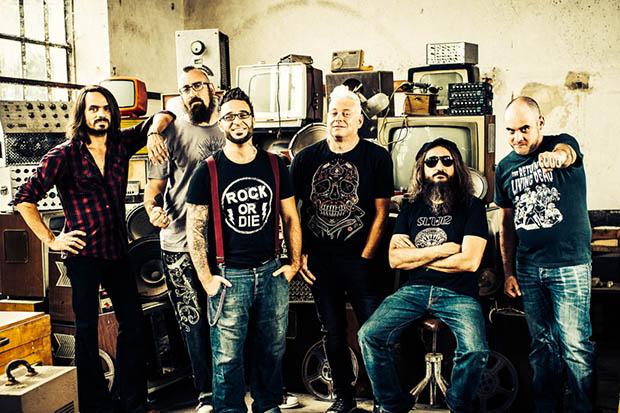 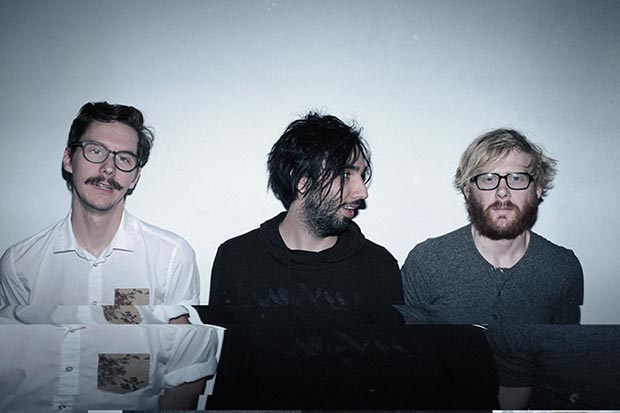