While their current single “Kick in the Teeth” continues to dominate at radio, Papa Roach have recently premiered the new music video for their new single “Burn” on Yahoo!. The band recruited Director, Jesse Davey who also directed the band’s infamous “Hollywood Whore” video, which continues to be a YouTube hit receiving millions of views. Watch the video for “Burn” below.

Make sure to tune your television to MTV as “Kick in the Teeth” will be featured on the show Bully Beatdown. The song will be featured as the bully walk-in song on the season three premiere Thursday, November 4th at 11:00pm EST/10:00pm CST.

Most recently Papa Roach was out on tour for the month of October with Skillet and Trapt on the Monsters of Annihilation Tour. ‘Time For Annihilation…On the Record & On the Road’ was released on August 31st via Eleven Seven Music. The album debuted as the #1 Independent Rock, #23 Top 200, #4 Hard Rock and #5 Alternative Album on Billboard’s charts. 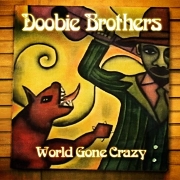