“When the French say a second, they mean five minutes.” – Patricia
“Women will never do in eight seconds what they would gladly agree to do in eight days.” – Michel

I have to admit—I don’t really “get” Jean-Luc Godard. I’ve seen most of his seminal work and read quite a bit of film theory, but plunk me down in front of Pierrot le fou or Une femme est une femme and my eyes will glaze over as I am slowly assaulted by Godard’s political diatribes against Western culture, until they roll back in my head and I pass out dreaming of student revolts and communist manifestos. Only Godard could film a naked Bridgette Bardot at the height of her celebrity and turn it into one of the more boring and pedantic movies in existence (Le mepris). I can’t deny that Godard has an eye for the ladies, however. Perhaps all the anti-capitalist trappings of his films are merely so he can cast some suitably young and nubile starlet without feeling guilty? In fact, I’m convinced that the only reason 2 ou 3 choses que je sais d’elle exists is so that he and Jean-Pierre Léaud could cavort with as many attractive women as possible.

But I am being disingenuous in my criticisms – Godard is clearly reaching for more in his films than mere eye candy. One relationship that interested him above all others was that between the filmmaker and his audience. He explored this relationship by calling attention within his movies to film and the act of watching film. This is ostensibly why some of the edits are so jarring and why synching (matching the actors’ lips to the sound of their voices) was off. In fact, in some films, following a cut the sound will cut out completely for a half-second or so bringing the artifice of the movie to the surface of the viewer’s awareness. Unless, of course, he was just not a very capable filmmaker and this was the best he could do? Of course, some people have long said the same thing of Cézanne or Gauguin as painters. I would have to strongly disagree on those examples, so I should perhaps cut Godard some slack. For me, however, in his later works, his theories on anarchism and film theory overwhelm his movies to the point where they are no longer enjoyable, only allowing for intellectual appreciation.

I bring all this up because, despite this talk of pretention, I find his first feature film, Breathless to be a rollicking good time. It is fun, fast, French and very, very cool. While Godard fails to bring any semblance of plot or the typical gangster-film trappings to the film, he manages to capture spectacular chemistry between the two leads. In Breathless, would-be gangster and all around cool guy Michel Poiccard steals cars and sells them in the country. During one such sale, he ends up killing a policeman and flees back to Paris to hide out. There he gets in touch with Patricia, an American in Paris who is busy selling the “New York Herald Tribune” while waiting to start classes at the Sorbonne. The two of them fight, flirt, fuck and smoke a lot of cigarettes over the course of the film before she eventually betrays him to the police. Why she does this is not clearly explained. Perhaps it is because she is, it eventually turns out, enceinte with Michel’s child, and doesn’t want her child to grow up with Michel as a father?

There is one scene in which famous film director (and French New Wave hero) Jean-Pierre Melville (Le samouraï, Bob le flambeur and Le Cercle Rouge) plays “Parvulesco” and Patricia and other reporters interview him. His bon mots and witticisms are so…French…it makes me laugh every time. Here is a sampling: Q: What is your greatest ambition in life? A: To become immortal, and then die; Q: Who is more moral, the woman who cheats or the man who leaves her? A: The woman who cheats. What is most hilarious about that last question is not that the reporter actually asks it, expecting an answer, but that Parvulesco replies with what he obviously “knows” to be the answer! The aphorisms are not limited to one character, however, as Patricia states at one point that “I don’t know if I’m unhappy because I’m not free, or if I’m not free because I’m unhappy” and, when she is upset that Michel is being turned in by an informer, Michel tells her that it is all natural, for “Informers inform, burglars burgle, murderers murder, lovers love.” My favourite joke in the film, however, is the cloud of cigarette smoke exhaled by Michel’s final breath.

Michel is played by Jean-Paul Belmondo as a charismatic child trapped in an adult’s body – yearning for Bogart’s laconic cool, but instead, creating his own style of kinetic cool. Belmondo became a huge star, but never replicated the success of Breathless, although he appears as the star of Melville’s Le doulos and Godard’s Pierrot le fou. American actress Jean Seberg, as Patricia, has a more interesting history. She was discovered by director Otto Preminger after a much-publicized search to star in his Joan of Arc. The film was a disaster, with critics reserving their harshest comments for Seberg’s performance. She fled to France and was rediscovered by Godard. She only worked sporadically after Breathless and, after a number of attempts, eventually succeeded in committing suicide in 1979. It is safe to say, however, that their combination together in Breathless changed the shape of movies forever. Bonnie and Clyde (1967), for example, would not have existed without this film.

The nouvelle vague movement (previously discussed in my Jules et Jim essay) was brought to the world’s attention in 1959 by the release of this film as well as François Truffaut’s The 400 Blows. While Truffaut’s freedom with story lines and changing emotional tonality may have influenced many films, such as Pulp Fiction, Godard’s influence may be more universal. His restless and knowing camera, the jump cuts, the swish pans – even the use of iris shots – have influenced many movies since, including several on this list, especially Fallen Angels (#93) and A Hard Day’s Night (#84).

The use of jump cuts were revelatory at the time and apparently merely resulted from Godard trying to shorten the length of his film at any cost. In one lengthy scene, Michel and Patricia are in her apartment as he slowly seduces her and she admits to him that she is pregnant. With the use of jump cuts, this somewhat pedestrian subject matter becomes lively, fresh and spontaneous. It is this feeling that Breathless captures so perfectly, more than almost any other film until, perhaps, Wong Kar-Wai’s Chungking Express (1994). A contemporary review in the New York Times called these jump cuts “pictorial cacophony” and said of the film that “sordid is really a mild word for its pile-up of gross indecencies.” What better statement of how this film broke down the bastions of old Hollywood filmmaking?

If you enjoy this film, Godard’s Bande a parte and Alphaville still attempt to have discernible storylines.

Up Next in the Film Canon: A prolific master of film retires to direct stage plays and announces his final film, a paean to theatre and his childhood. 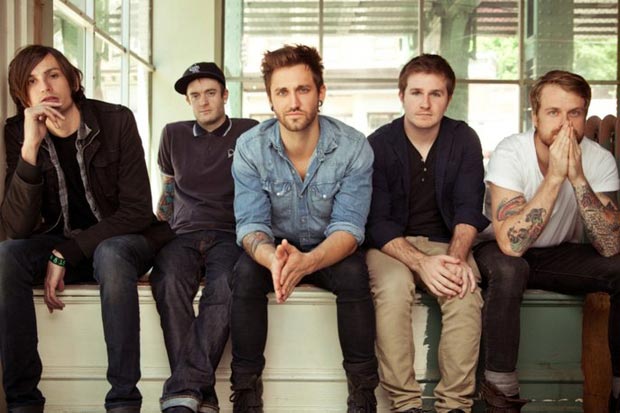 EVERY AVENUE Premiere Video for “For Always, Forever” on MySpace Music 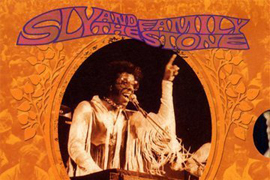