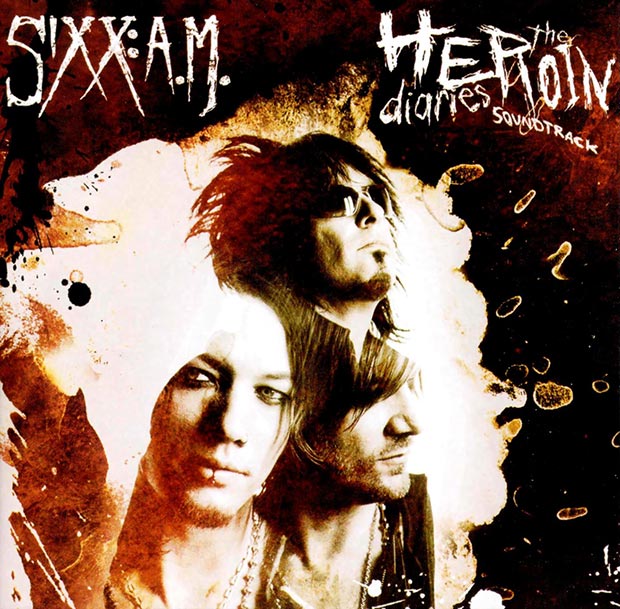 Who knew that when Nicky Sixx of Motley Crue overdosed on heroin in 1987, that the strung out, suicidal bass player was actually keeping a diary of his experiences with the drug? Years later, Sixx gave us a book called The Heroin Diaries – a window into his “life in Hell” during that dark time.

Nicky’s new project, Sixx:AM has put out a soundtrack to go along with the book. I have to admit when I saw it, I thought it was just another former rock star trying to reclaim the old days with one last hoorah, fall short, then fade away: kind of like CeCe DeVille.

That’s what I expected, and what a disappointment it turned out to be. This album has everything from hard hitting metal to lyric sweetness, all tastefully crafted with a musician’s loving touch to express the sheer hell Sixx must have been going through. The musician in me loved hearing what his pain sounds like. If you’re expecting more Crue songs with a different singer, you won’t get it – he was a main song writer, but he’s evolved into a modern rock force to be reckoned with.

The album is a double feature, the second disc a live version of the first, and when you pop disc 1 into your computer, you get to see the video for “Life is Beautiful.” I found the music to be very good, though the only complaint I had about it at all was the voice-overs. There are too many of them, and they distracted me from the music. Fortunately, though, the best songs don’t have any, which makes for great listening. Give this album a listen and you won’t be disappointed.  [ END ]