Metal? Rock? Both are alluring and stupendous in their own ways, but your heart has got to be in it to be completely true to the genre. It’s not often that a band switches gears from being a death/thrash metal band to a riff-rocking one, but that’s exactly what Treasures has done with their debut album Gold Rush City.

The quartet has joined forces to produce a more traditional-sounding rock record that stands in stark contrast to the metal projects that they were each individually pursuing with other groups. Gold Rush City rocks, and it rocks in all the ways great rock records do; infectious riffs, singalong choruses, and air guitar-worthy solos.

Describing the record, the band shares with us the following:

“With Gold Rush City, Treasures delivered a powerhouse collection of eight unique and memorable tracks packed with monster hooks, unapologetic lead guitar, and captivating melodies. The album is a love letter to the west coast. San Francisco to Portland and all the highway between.”

It was around the time that the global pandemic hit that Jack Friel and Bobby John left their metal bands to pursue a more traditional, rock-focused sound that was heavy and gritty but more focused and toned down. They soon discovered willing partners in Sam Lowther and Corey Largent, which made for a formidable lineup, and the four linked up with local producer Mikel Ross (Corrosion of Conformity) and engineer Travis Kasperbauer (The Go-Gos) at Lucky Recording Company, who helped bring it all together.

With Ross’ assistance, they spent the lockdown recording and finding what it takes to compose a rock record, as opposed to the adamant, hardline approach often required for metal music. It’s all fit together quite nicely, as Treasures have pulled off the improbable, successfully, and perhaps even improbably, totally redefining their sound. 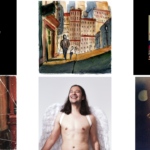 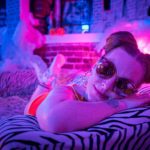