Bahamian folk artist Matthew Pinder excitedly welcomes the long-awaited release of his new EP, Seated In The Sun, out November 5. Pinder’s soothing vocals and introspective lyricism couple to create a mesmerizing soundtrack that eases the soul despite exploring heavy-hearted subject matter. The calibre of intentional, profound artistry captured on this project implores listeners to surrender their full attention to every word Pinder whispers.

This release follows the recent previews “Cascade,” “Used To Say,” and “Stars,” completing the collection with the final track, “Plans,” featuring Sara Davis Regan. Pinder describes this project as “songs made in many little rooms,” in reference to the difficult, yet undeniably successful remote recording process with this project. Seated In The Sun was made in collaboration with co-producers Mitch Webb and Sara Davis Regan, and Sherwood Rahming, who worked closely with Pinder in the early stages of creating the EP. 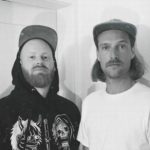 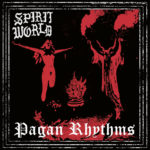