Los Angeles, CA-based musician, Zachary Kibbee is set to release his new rock album, Life in Low Fidelity, on Friday, July 31, and, today, is teasing the release by unveiling his new single “Somewhere to Put My Gold.” While the track is available this Friday on Bandcamp, fans can jam out to the tune today!

Commenting on his new song, Kibbee said, “I got together with my pals in Dirty Monster, Frank Palazzolo and Eric McNeely, one day to work on some music. Frank said he really liked my swagger and had a lyric that he thought would fit my style, ‘somewhere to put my gold.’ Naturally, I loved the idea so we ran with that concept, swagger and gold. What came out of it was this howling, Led Zeppelin like tune.”

Supporting his 2016 release, Songs from the Mud, we previously partnered with Kibbee to offer a free high-quality download of his single “I’m a Man.” Kibbee mixes blues, soul, and garage rock with “swampy” and “jammy” elements to achieve his own unique rock sound which you’re bound to dig.

No stranger to good music, Kibbee’s content has been licensed for commercials including Victoria’s Secret, Volkswagen, Microsoft, and Uber Eats, and for film/TV like Ray Donovan, Daredevil, Lucifer, Shameless, and more. 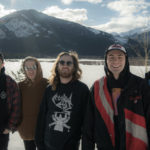 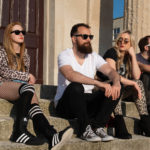