Heavy metal has arguably always embraced a multi-media approach. Is there any other musical genre that places such importance on the album cover art? There is certainly no other contemporary musical genre that is so intrinsically linked with literature. From Dante to Tolkien to Lovecraft, books have always inspired metal albums… but what about metal albums that inspire books?

Definition: The Short Stories (purchase your copy here) was penned by Phil Weller, guitarist/vocalist of Manchester progressive metal band Prognosis. It is designed as a companion piece to their acclaimed debut album Definition (check it out on Bandcamp), and most of the stories correspond to tracks from the album, the song lyrics presented before a story embellishes on the theme and builds a world around it.

Weller’s idea is a logical extension of, and a tribute to, the dying tradition of album sleeve notes. Metal lyrics often confront the paradox of being meticulously researched and composed, yet largely unintelligible to the ear, and so bands such as Nile are known for the extensive liner explanations. Listeners who take the time to read are rewarded with a deeper and more immersive experience of the music. Now that most people simply download their music, this paramusical experience is sadly in decline.

Guitarist/vocalist Phil Weller talks us through his new collection of short stories Definition – The Short Stories:

The theme of Definition (the album and the book) is the following: Humanity is inherently flawed, but it is these flaws that come to define us. Within this broad theme, the apocalyptic clashes with the mundane, the childhood grievance with the adult romance, history with science fiction; the whole effect is a dreamlike journey that is a curiously accurate portrayal of our dystopian times. The book can be read as a stand-alone, but also contextualises the album itself in a new way.

Appropriately enough for a progressive metal band, the writing is eclectic and experimental. Weller attempts a variety of different styles; an epistolary love story, a re-appraisal of Orwell’s 1984, a court case, a cosmic horror. The language is often poetic and there are some really nice images and memorable details. The freelance journalist who writes eulogies in advance, and then moonlights as the Grim Reaper. The suicidal husband who damns the airbag for saving his life, whilst it stifles his screams of betrayal and despair. An army of drones out of control: Silver plagues the sky/Before the setting sun… Built for blood and gore/The human touch has left this war.

Definition: The Short Stories was released on August 2nd; check out the full cover: 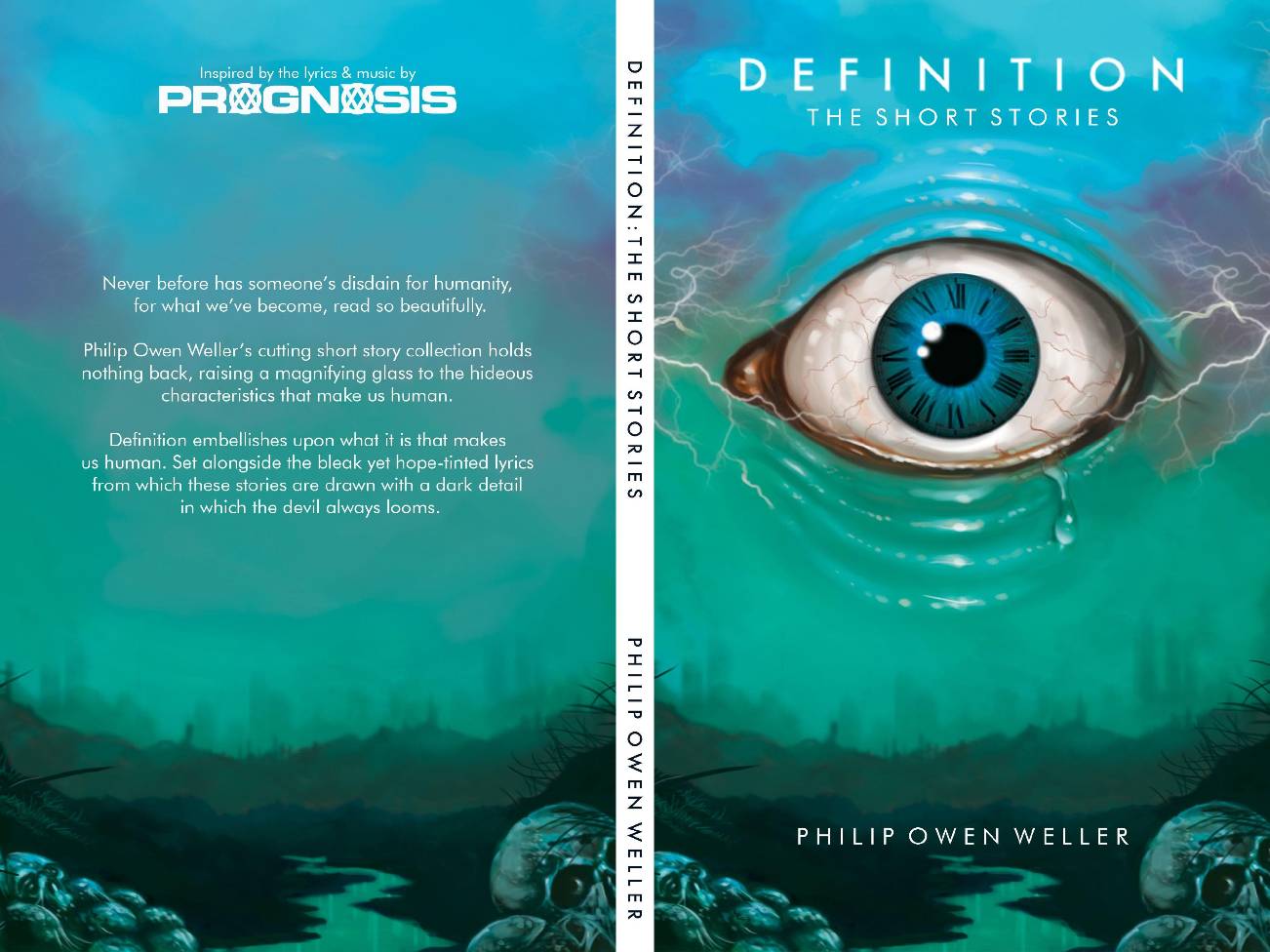 In the age of digital music, it’s reassuring to see bands and musicians recapturing something of popular music’s archaeology. Cassettes and vinyl are back in fashion, reminding us of the days when we treasured each album, listening incessantly until we knew the music and lyrics back to front. There are several interesting projects similar to Weller’s underway; for example, Mark Tremonti has co-written a book to coincide with his recent sci-fi concept album A Dying Machine; Eric Peterson of Testament has produced a black-metal inspired graphic novel.

It takes courage to self-publish a book, as it takes courage to self-release an album, and Phil Weller (who also recently shared a Guest Blog on writing lyrics vs. writing fiction) is to be applauded; for baring his soul on the page, for taking a risk, and for reminding us of the hard work and passion that lies behind a metal album. This is a writer, a musician and a band with a lot of talent and ambition, and it will be exciting to see what they come up with next.

Released on September 21, 2018, you can stream the entirety of Definition here: 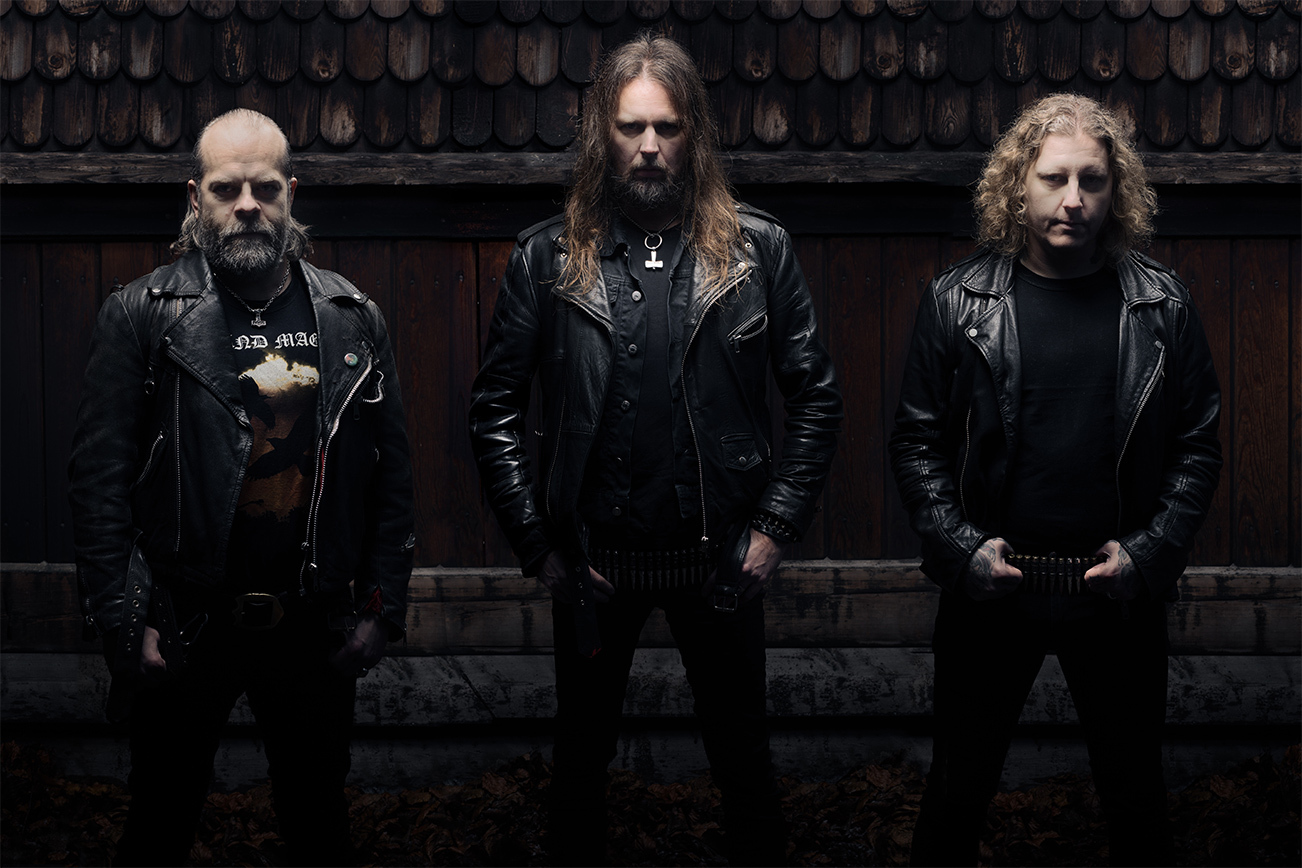 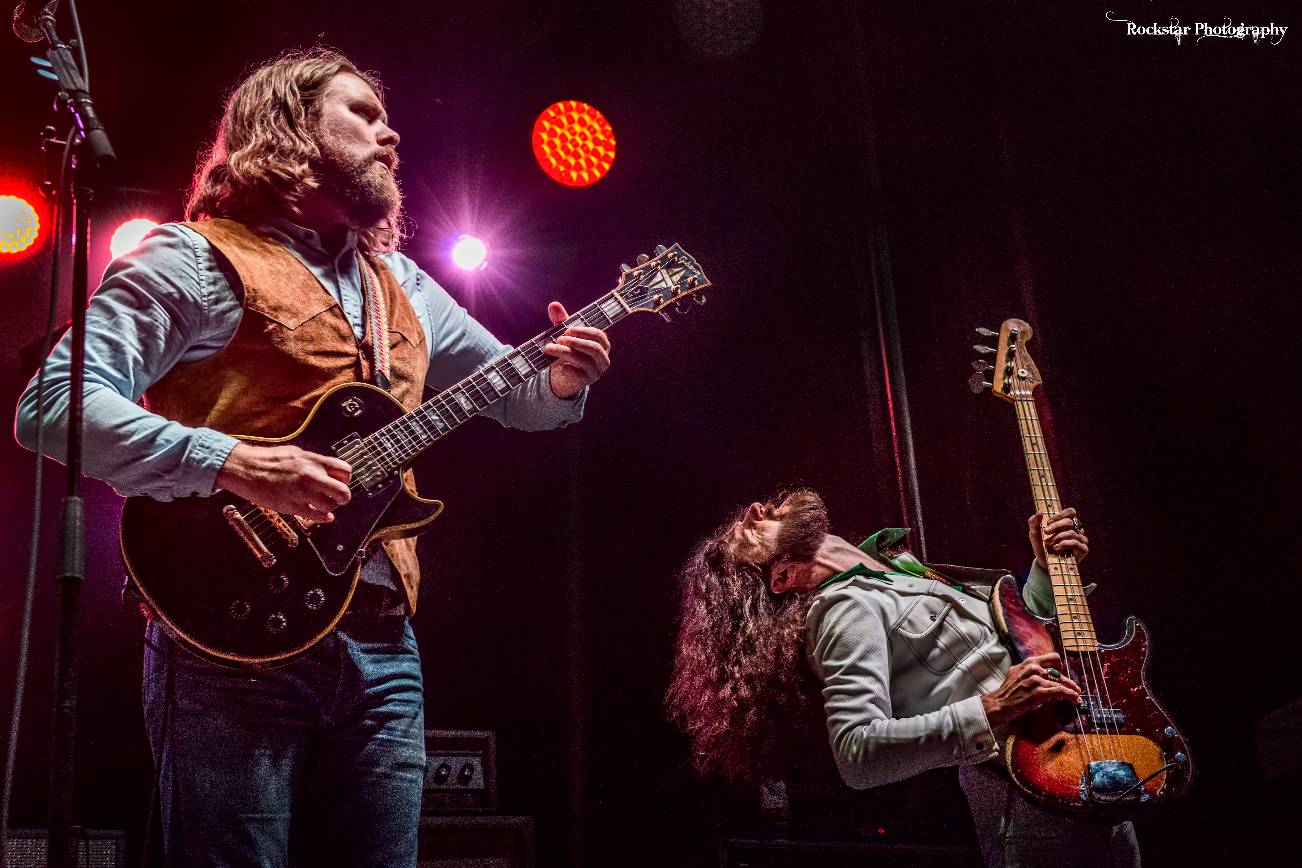 THE SHEEPDOGS, USS, THE BEACHES, ASCOT ROYALS and BONDS OF MARA Create a Storybook Evening at WTFEST 2019 [Photos & Show Review]