What FX series has Motorcycles, drugs, action, booze and really hot ladies? That would be the hit TV series Sons Of Anarchy, which has taken North America by storm with 4 seasons and 2 more to come. Recently PureGrainAudio got the chance… wait, privilege, to ask the beautiful Winter Ave Zoli (she plays Lyla Winston) about her career to date. We have even snuck in a few grungy music questions. Keep on reading but be warned, this interview has a Sexy Advisory on it *wink wink*.

What in the script drew you to play Lyla and were you a fan of the show before joining the cast?
Winter: The only thing that drew me to the show was my audition! I didn’t know anything about it until then. When I booked the role of Lyla, they said it would be a one to two day guest star. Four seasons later, and I’m still kicking. Of course, once I got into it, I had so much fun with the character. I loved that I could take this role that is so easily stereotyped, and turn it into something endearing and real. Make people realize that she is just a girl. 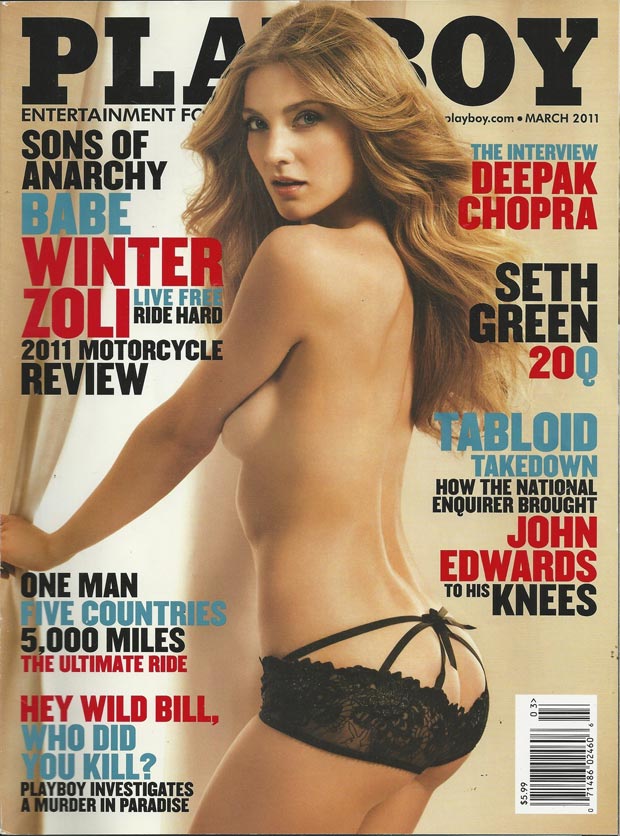 Rumour has it you were really into grunge/alternative rock in high school. What bands currently grace your playlists?
Winter: How did you know??? 😉 Yes, I was. Although I still hold a soft spot for Nirvana and Smashing Pumpkins, my taste in music has changed over the years. I love some Coldplay, a little King’s Of Leon and Led Zeppelin (the ultimate), but I turned into a hip hop girl! Now it’s Jay-Z, Eminem, L’il Wayne, Tribe Called Quest, Mos Def, The Roots, Common… and I love Thievery Corporation!

One of your Sons Of Anarchy cast members, Katey Sagal (Gemma Teller Morrow), is a long-time musician. What do you think of her music overall, and of her Rolling Stones cover of “Ruby Tuesday” (found on the Sons Of Anarchy – Shelter EP)?
Winter: Katey is such a talented singer. Her voice has such a unique quality to it. I’ve missed out on seeing her concerts, but I was at a Christmas party at Katey and Kurt’s (Kurt Sutter), and she was singing Christmas songs live, and everyone was joining in, which was fun! I’ve always loved “Ruby Tuesday”, and her rendition of it is so haunting.

Another musician that has helped on the show is Attika 7 guitarist Rusty Coones (who builds the motorcycles ridden). Have you worked with him and what do you think of his band’s heavy tunes?
Winter: I haven’t worked with Rusty, and I have to admit I am not familiar with his music! But that’s cool that he builds bikes… 🙂

Acting aside, you also recently modeled for Playboy (March 2011). In the article you said that “nudity is not a problem”. What did you mean by this? Why do you see it as “not a problem” while other women/celebrities see it as an issue?
Winter: I initially took my time deciding whether or not to accept the offer from Playboy. I felt so honored to be included in such an iconic magazine, but I had hesitations about the potential repercussions. But then I decided, f@#$ it. I’m taking advantage of this amazing opportunity. After playing Lyla for a while, I realized that I didn’t have many inhibitions about nudity and being scantily clad on set, so Playboy was just an extension of that. Of course, I do have thoughts on what’s tasteful and what’s just too in your face, if you know what I mean. There is definitely an attitude and a taste level that needs to be present. Everyone has their own opinion on public nudity, and to each their own! I happen to think it’s not that big of a deal.

The movie Bad Ass came out this year and you play a character named Tatiana. Can you tell us about the movie and your character and again, what drew you to this role?
Winter: I’m pretty sure that Bad Ass was offered to me because of SOA. The nature of the character is very similar to the roles I usually end up playing, aka sexually provocative. Tatiana was a little trashier in my mind. I took the role because of Danny (Trejo). I thought it was so fantastic to be in a movie with him, and he was so wonderful to work with. 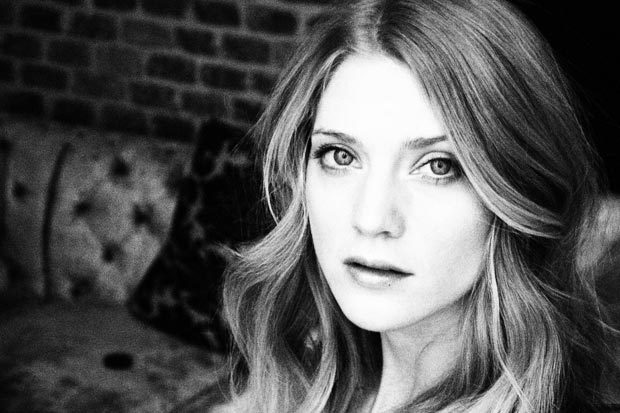 Out of your whole career, what so far has been the biggest highlight moment as an actress/model?
Winter: Out of my career, I would have to say there are two highlights. The first was the independent film The Pagan Queen, which went nowhere (and understandably), but I had the most amazing time shooting. It was life changing. The second highlight has been Son’s. When I first booked it, I knew it was going to be a very special experience for me.

What cool new projects do you have in the works?
Winter: As far as new projects go, at the moment I’m gearing up to shoot SOA season 5. Very excited to get back to Lyla!

Check out Winter’s recent interview on CrackBerry.com where she talks BlackBerry, gadgets and more. 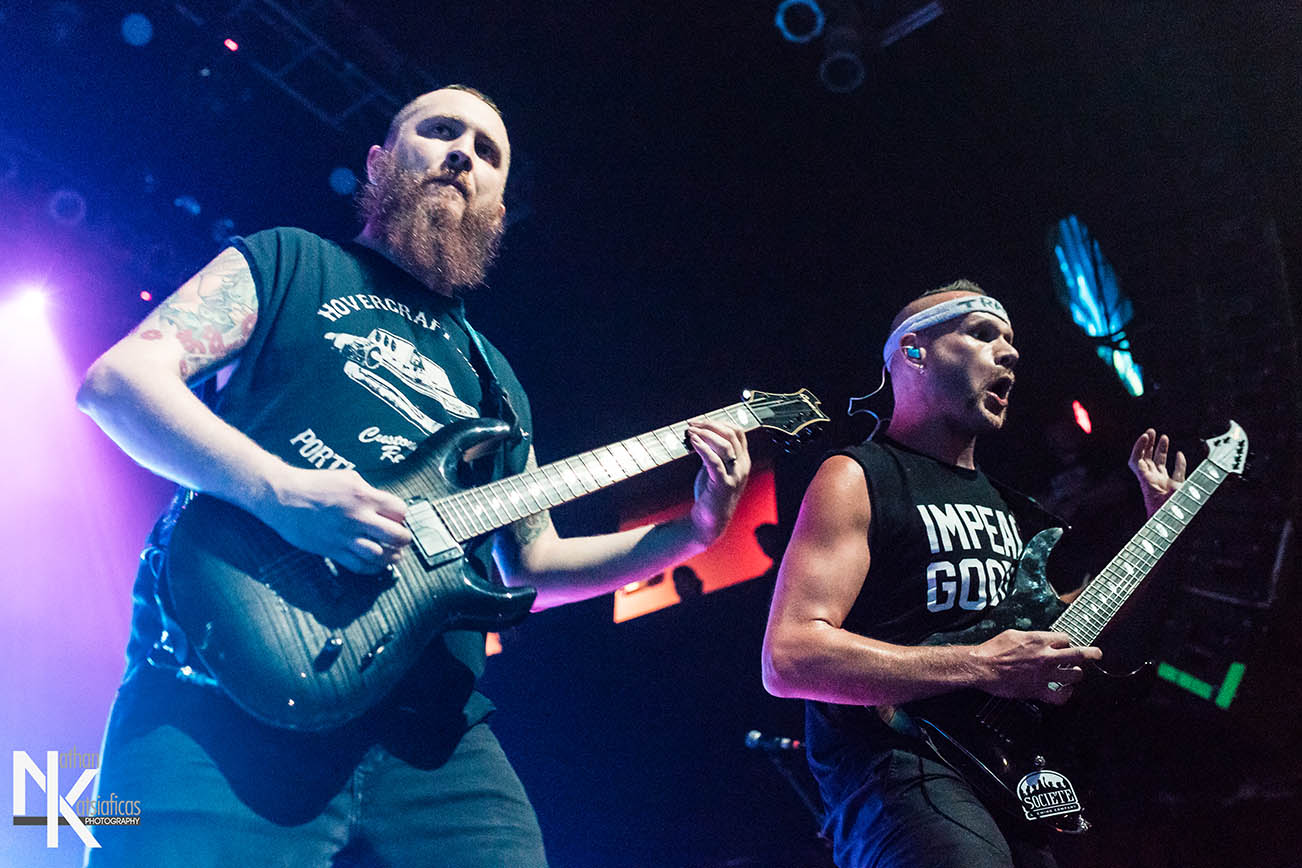 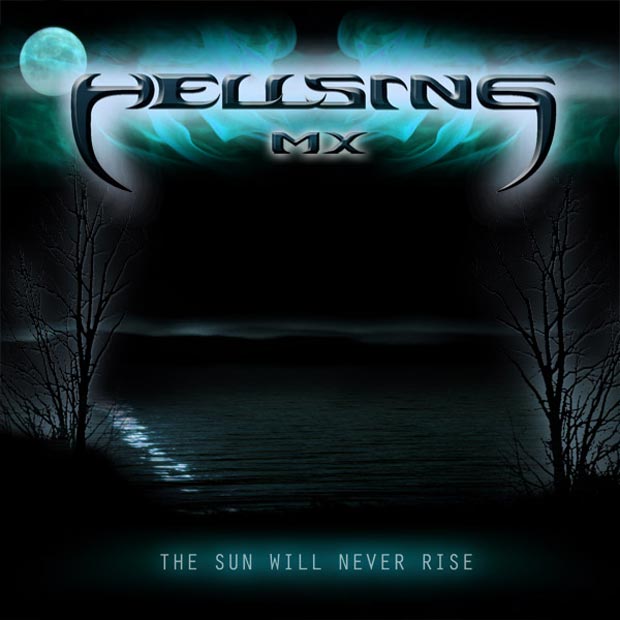