With a movie star’s charisma and an auteurist eye for detail, Key Glock is an avowed cinephile who channels his love of film into his music and videos. Paying homage to an iconic filmmaker, Key Glock shares his new cinematic video for “Spike Lee.” Over crisp, classic Memphis production from Blazerfxme and AIMONMYNECK, Glock floats over the instrumental as he boasts the ascendant lifestyle his tireless hustle affords: “I made it off the block, then made a couple million, then got me a spot out there by the white people/Just fucked around and spilled some Wock’ on my wife beater.”

The cinematic clip for “Spike Lee” places Key Glock in the director’s chair as he adds his own unique touch to two of the titular auteur’s most iconic films: He Got Game (1998) and Do The Right Thing (1989). For the basketball-focused former, Glock appears as both an actor and director, shouting instructions from the director’s chair as his double crosses up defenders on the court. In the latter, Glock transports the iconic New York-based film to the west coast–he floats past some of the film’s most iconic scenes and characters, including The Mayor, Mother Sister, and Buggin’ Out, and reaffirms the universality of the film’s message.

“Spike Lee” is a highlight from PRE5L, Glock’s new EP, released on #DolphDay in November. The five-track project paints a way forward for the legendary Memphis label, as the 25-year-old rapper shows his determination to lead Paper Route Empire into a bright future. 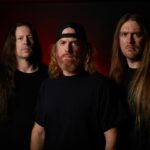 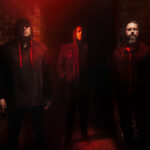