Trayle attempts to better his life through his music, focusing on the positives as he raises his profile, while C4 attempts to drag him back into the streets, unable to shake the paranoia that accompanies the hustler lifestyle. “I know you shellshocked, b*tch, but everybody ain’t no enemy,” Trayle says, but an unconvinced C4 replies: “Whenever we do, n**** start to envy me/I done gave n*****s all the sympathy.”

Directed by AZae Production, the video uses camera trickery to dramatize the conversation between the song’s two characters. Dressed in all black, C4 smirks and counts his cash, while the orange-clad Trayle attempts to resist his charms and keep his life on the straight-and-narrow. “Alter Ego 2” is one of the key tracks from HH5, Trayle’s most recent mixtape. 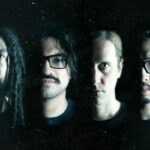 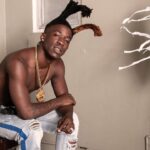